Welsh Cup hopes hanging by a thread after defeat. 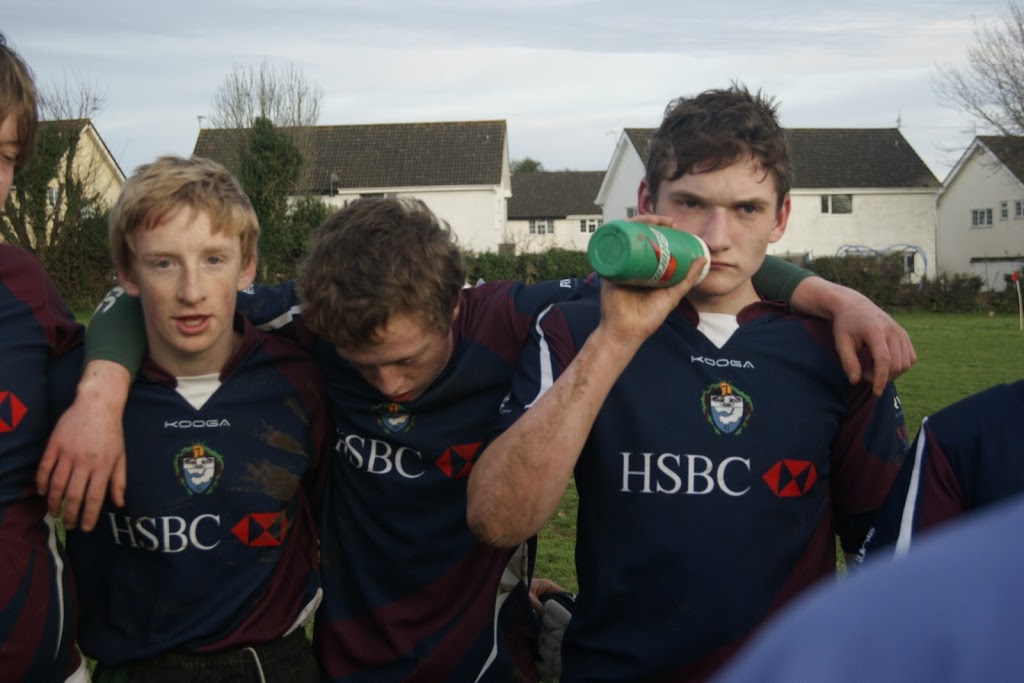 Callum Macdermott, Luke Jenkins and Edward Brewer are ready for the challenge.
Blwyddyn 9 LlanddeiloFerwallt:17 Tregwyr:6
Bishopston year8: 17 Gowerton: 6
Disgyblaeth wan Tregwyr yn achosi colled yn gem Cwpan Cymru.
Ill discipline costs Gowerton dearly in tough Welsh Cup decider.
Gowerton travelled to Bishopston for their final group game of the Welsh Cup. With both teams undefeated, the game would decide who would qualify as group winners for the last 32 knock out phase, the losers would have to wait to see if they qualified as one of the best losers. 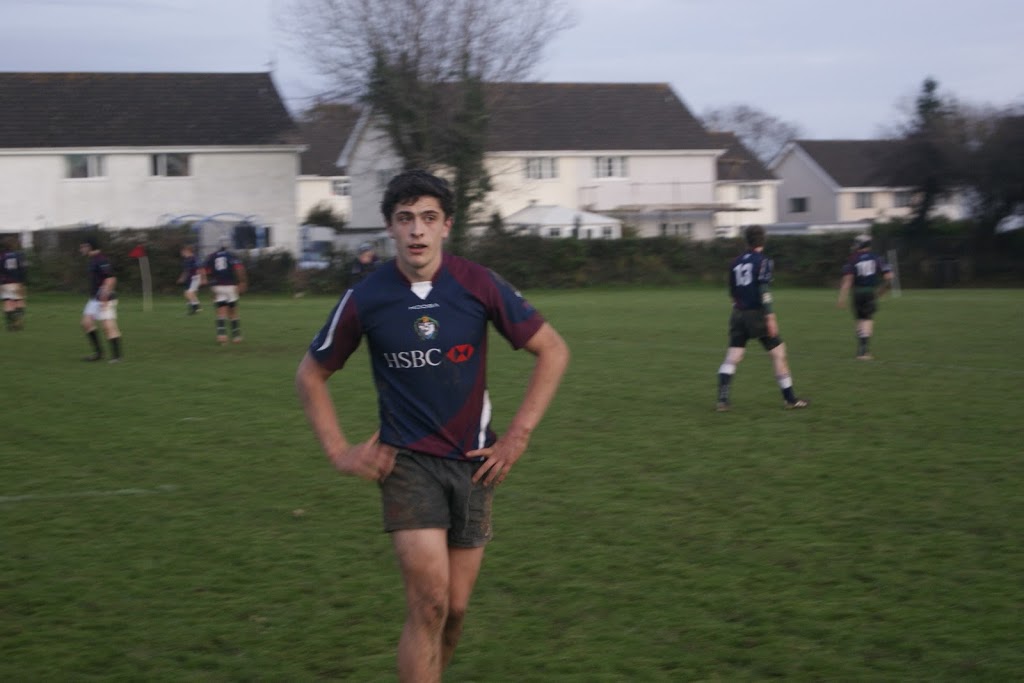 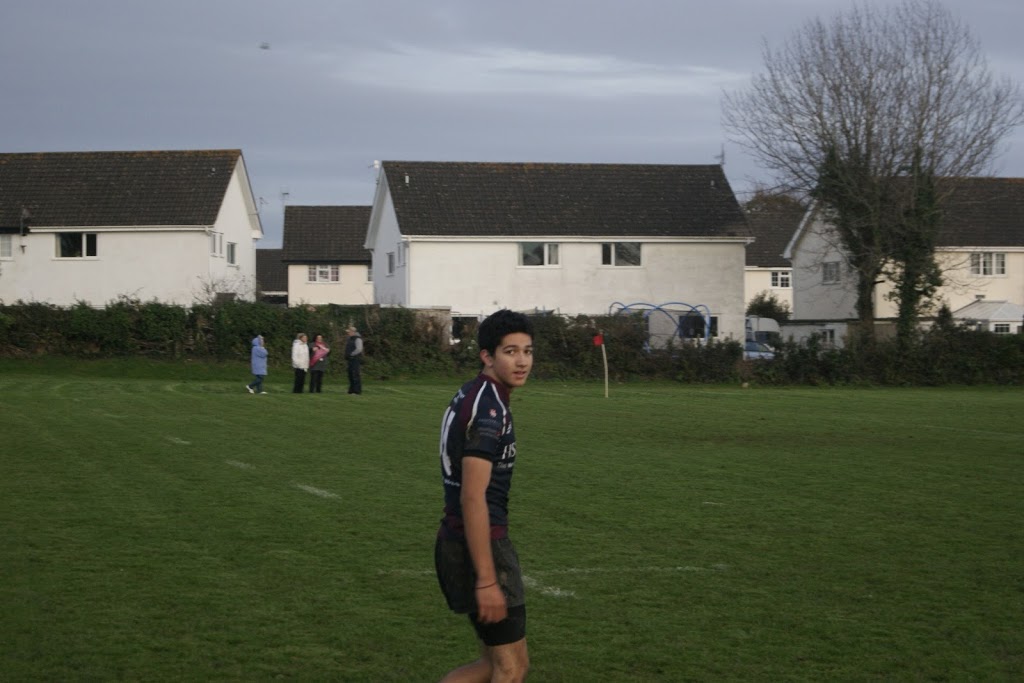 Wing Kane Stuart, who produced an impressive performance in attack.
Gowerton played with the advantage of the slope but into a strong wind in the first half and knew that if they could get to half time still in contention, the wind could prove to be a significant advantage in the second half.
It was the visitors who settled the best in the first half with wing Kane Stuart looking quick on the flank, whilst up front, props Zak Bevan and Thomas Llewellyn-Rogers held the advantage in the scrums whilst the powerful driving play of lock Sam Grunhut, No.8 Kieran Collick and flanker Aaron Perkins meant that they were always on the front. 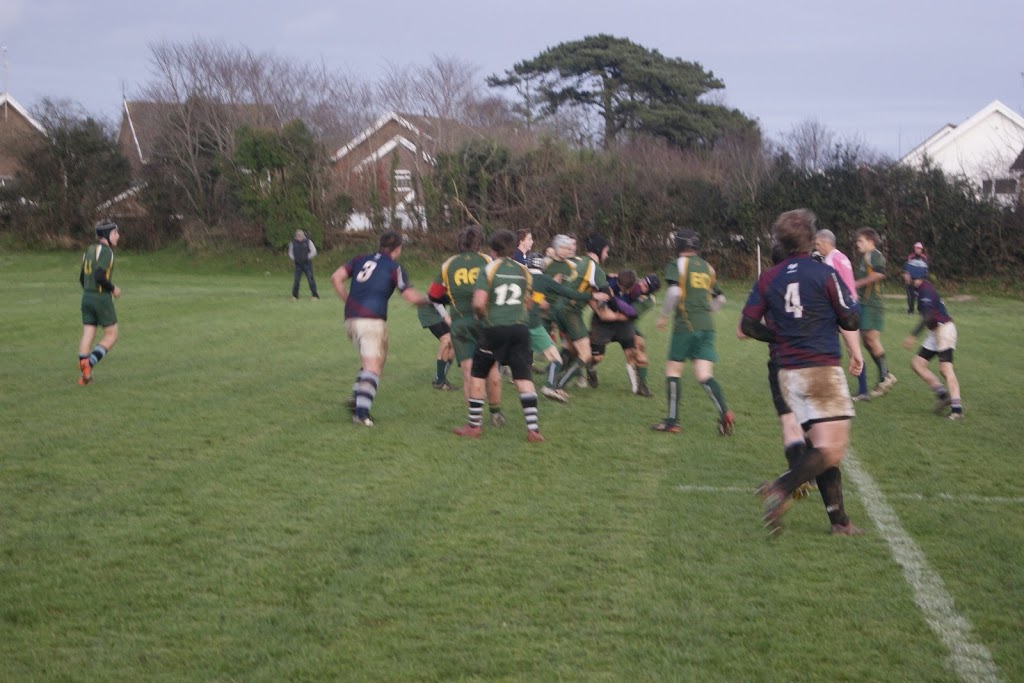 Full back Will Bromham who kicked a second half penalty fights for possession.
The midfield defence of centres Tom Evans and Luke Jenkins was unflinching and as a result it was Gowerton who dominated territory and although they had a number of chances they only had a penalty after 15 minutes by centre Evans to show for their dominance. Nevertheless, to reach half time with the lead and the advantage of the wind in the second half meant that they could go into the second half with confidence.
After the break, the game was more evenly contested, with the home backs looking to attack from deep at every opportunity. However, Gowerton’s forwards continued to hold the advantage and they extended their lead in the 46th minute when full back Will Bromham landed a penalty from 25 metres. 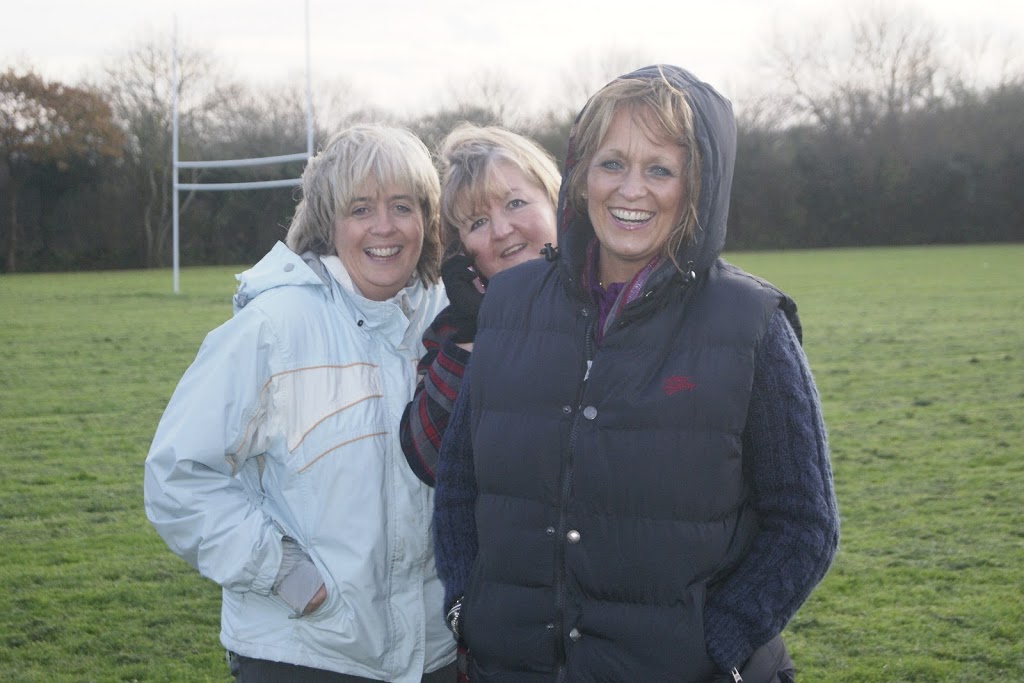 The Gowerton mums’ were out in force to support the lads.

The game turned in the 50th minute, when Gowerton were penalised for an illegal tackle, Bishopston took the penalty quickly and eventually crossed in the corner. The home team were now on the front foot but Gowerton still had the lead and needed to show some composure, however, the team lost it’s discipline and conceded a second try with 5 minutes to go. Gowerton only trailed by 4 points, and took the game back to Bishopston with the forwards applying tremendous pressure and they were only denied a score when Zak Bevan was held up over the line. However, at the 5 metre scrum an ill judged comment led to a sending off and a penalty. Bishopston took it quickly and went the length of the field to score their third try. The conversion was followed by the final whistle and Gowerton had lost a game they had controlled for 50 minutes. They now have to wait to see if they qualify for the last 32 as one of the best second placed teams.