Home  |  Friendship the winner when Australian girls travel to Wales.

Friendship the winner when Australian girls travel to Wales.

Friendship the winner when Australian girls travel to Wales.

Gowerton School maintained their tradition for hosting sporting students from overseas when they billeted a touring party of Australian girls from Firbank Grammar school in Melbourne. 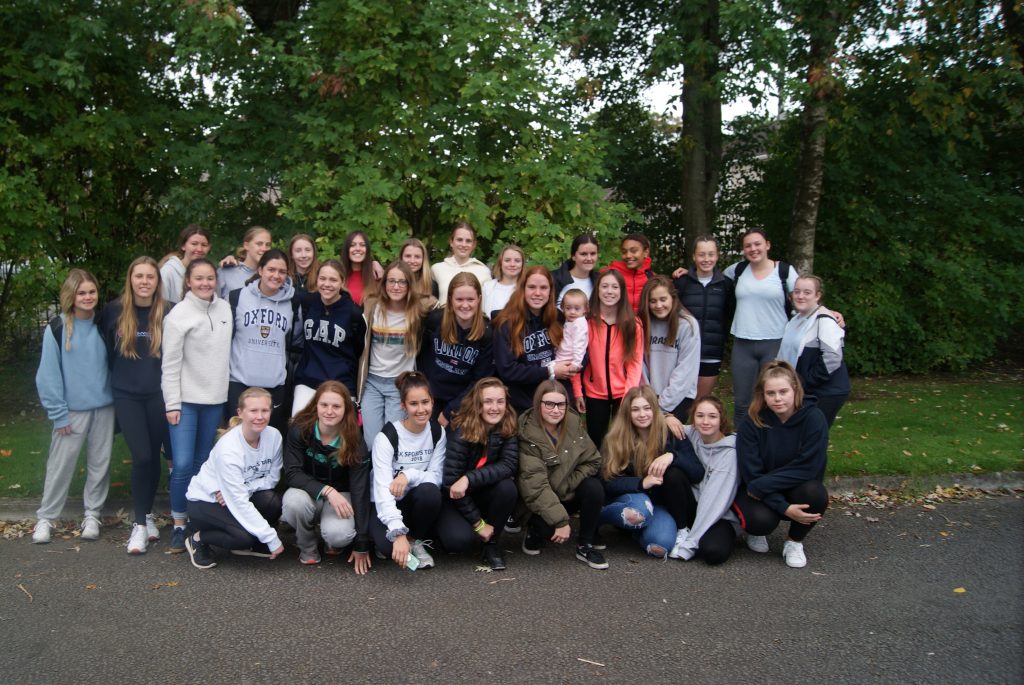 Gowerton hosts’ with their Australian billets before they left Gowerton on Sunday morning.

On the Friday evening, the two schools played a football game followed by two netball matches. Gowerton came out on top in the football winning 4-1 but on the netball court their Australian visitors showed why their national team is ranked No.1 in the world with classy performances that saw them win both games.

The early stages were close and cagey as both sides took some time to settle down.

Gowerton scored first with player of the match, Zoe Charlesworth hitting a well struck shot that nestled in the bottom corner. Firbank equalised a few minutes later after a lovely dribble gave them the space to make it 1-1.

Both teams tried to pass the ball about quickly and that resulted in a lot of neat passages of play and eventually it was Gowerton who broke the deadlock when a well weighted pass from Emily Lewis found Aliyah Guy on the edge of the box, controlling the ball nicely she slotted home.

Gowerton had settled now and Aaliyah Jones quickly added a third to make it 3-1 after a great run down the right wing.

The second half was evenly balanced with both sides coming close on a number of occasions.

Firbank came closest when an audacious strike from 35 yards hit the crossbar and rebounded back into play. Gowerton survived and then capitalised on one of their chances when Jess Lervy added a fourth goal from close range leaving Gowerton as comfortable winners 4-1. 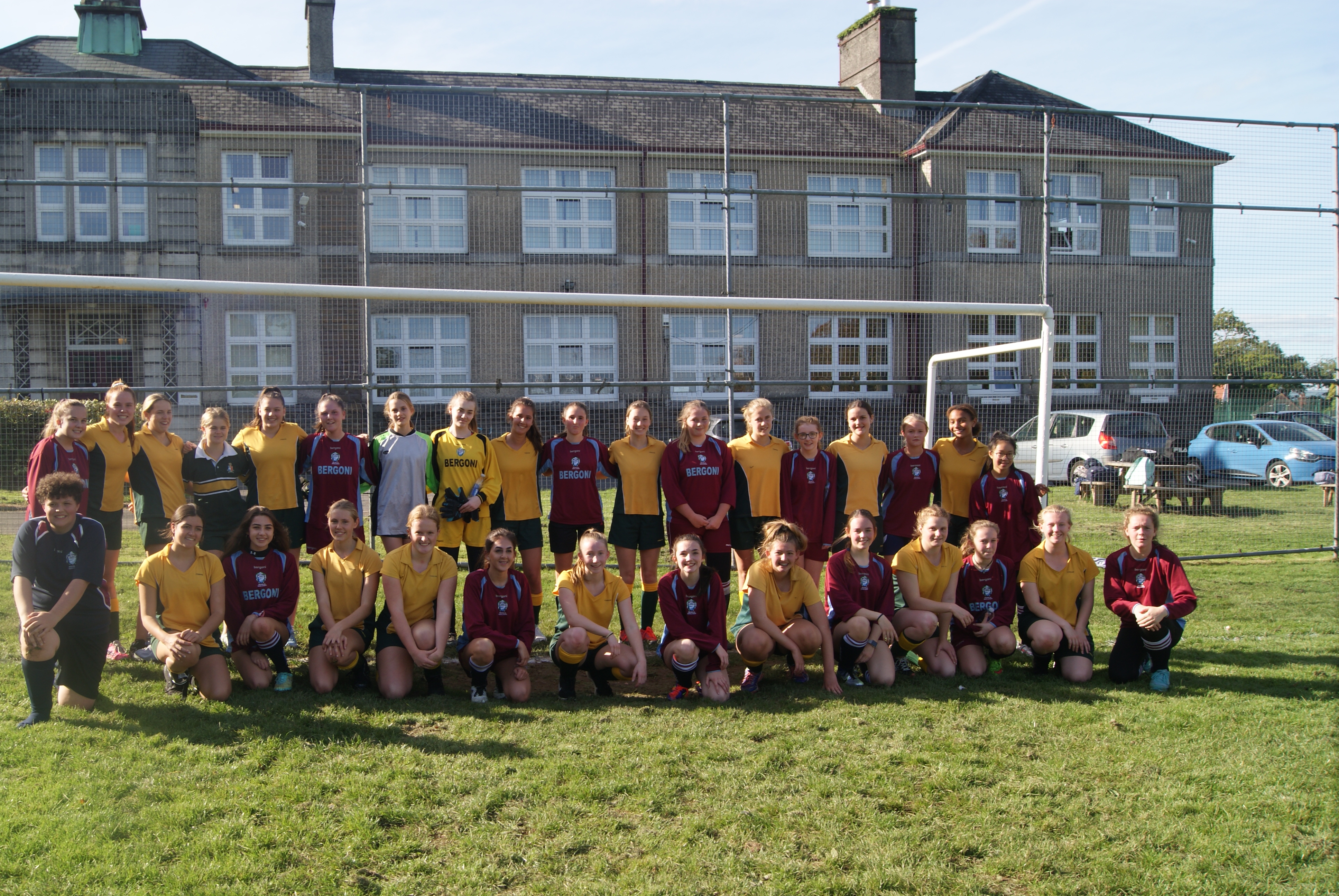 Gowerton netball A: 12 Firbank Grammar A: 39

Gowerton’s girls started off well, passing cleanly and marking their opposite numbers closely. However, they were soon up against it with the speed and excellent tactics of the Firbank girls putting them under pressure. Initially, they did a great job and it was evident in their play that they were hungry to succeed. 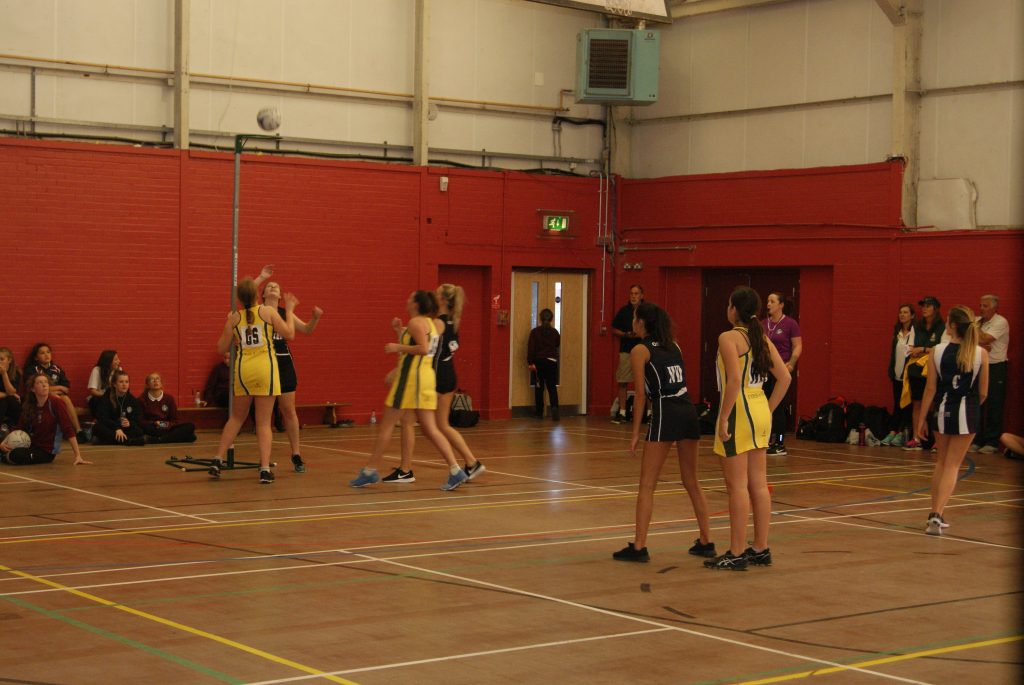 ‘Heads up’ in the A team game.

Saffron Bowden, Megan Caswell and Arianna Yadollahi all defended well whilst the excellent movement of Seren Howells and Olivia Gibbon in the goal circle allowed them to find space to create opportunities. 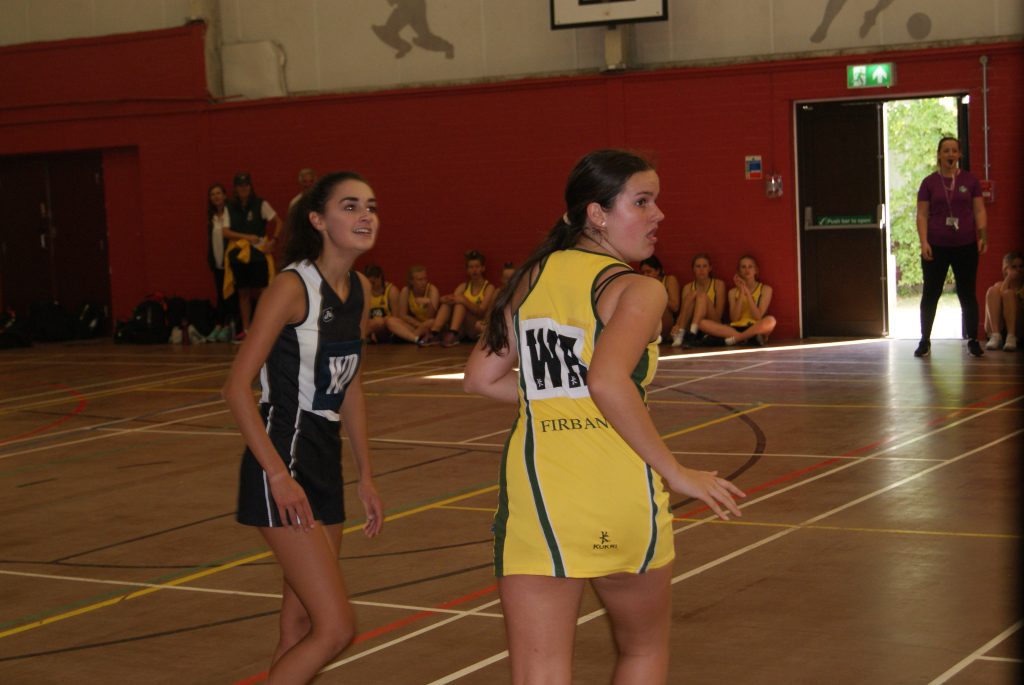 In the first half, the teams were well matched with Centre Lauren Brooks able to gain ground down the court due to her fluent movement that allowed her to make a number of good interceptions.
Megan Nicholson’s passing into the circle impressed and allowed Gowerton’s player of the game Seren Howells to get into position to shoot and score from the edge of the circle on several occasions.

In the third and fourth quarters, the hosts began to tire and Firbank began to read Gowerton’s moves allowing them to turn over a number of their centre passes, with the visitors’ Goal Defence demonstrating amazing marking skills.

Unfortunately, Gowerton couldn’t match Firbank’s fantastic skill level, going down in the end 39-12, but they played throughout with great spirit and commitment and felt they gained significantly from the experience. 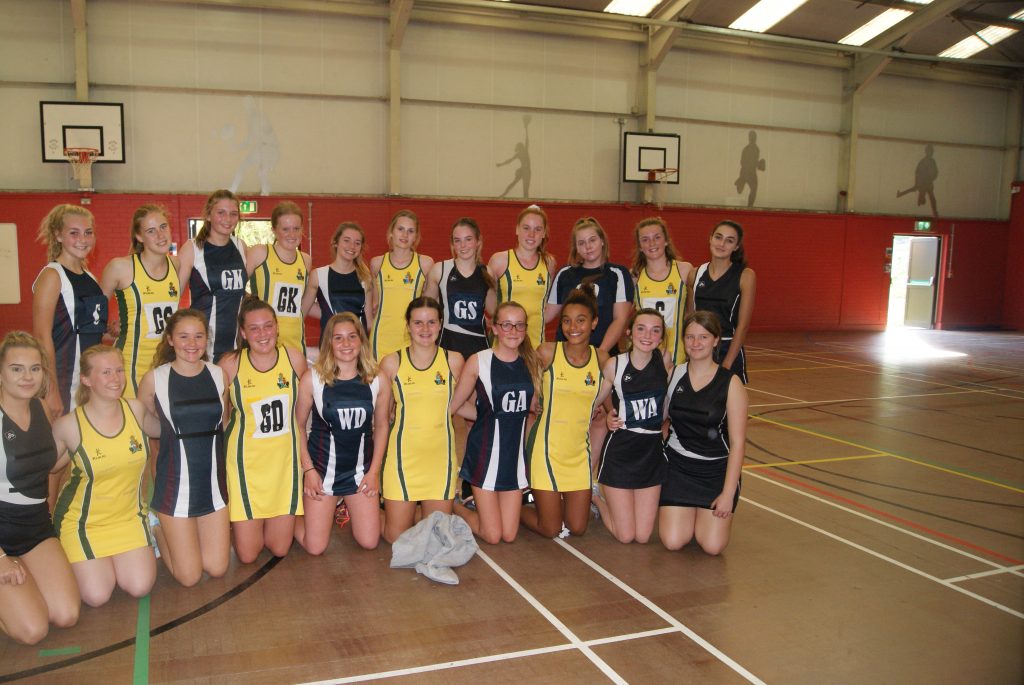 The Gowerton School and Firbank Grammar School netball ‘A’ squads.

Gowerton’s young B team produced a superb performance and showed how much they have improved over the past few weeks; they were organised, disciplined and demonstrated impressive movement and passing.

Great defence by Firbank’s first quarter meant that the ball was in the hosts’ third for most of the first half. Great teamwork and versatility was shown throughout the match by Milly Hughes allowing her to intercept passes on several occasions to prevent goal scoring opportunities. 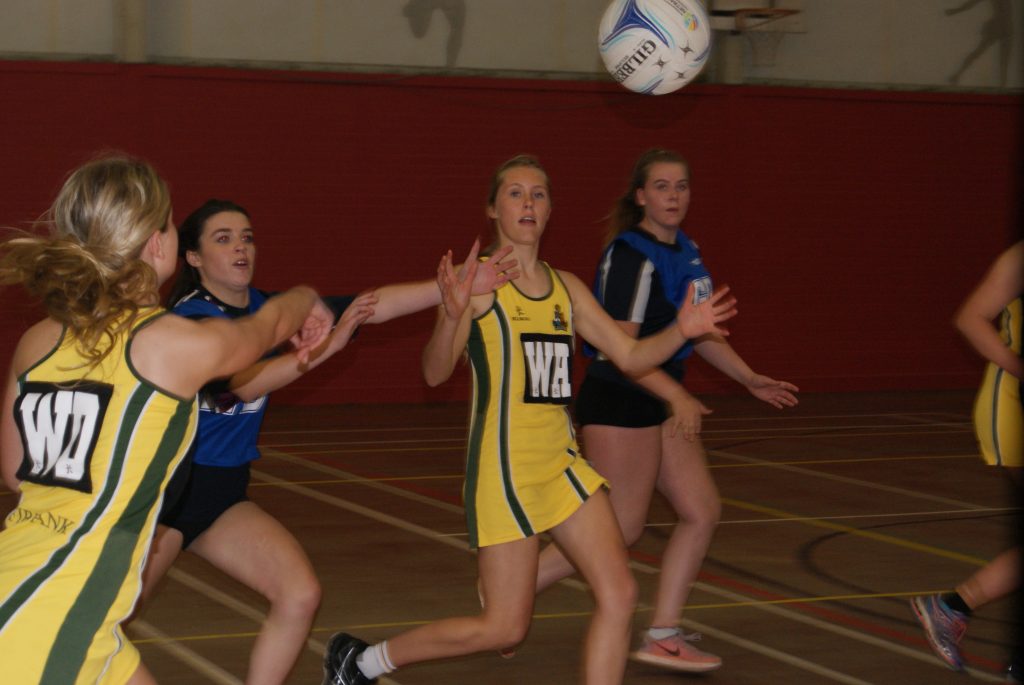 Competing for possession in the B team game.

In the second half, Lucy Steadman and April Pickett-Jones worked really hard to get the ball into the shooting circle and with both April and Charlie Mordecai shooting well they were able to stay in touch with the visitors.

In the defending circle Eva Rees well supported by Isla Rees worked tirelessly to restrict Firbank’s shooting opportunities and both showed what fantastic defending skills they had.
At full time, Firbank emerged as winners 12-8, but Gowerton’s young team had produced an excellent performance that had fully tested their Australian visitors.

Following the games, the Firbank girls were billeted for two nights by their Gowerton hosts’ who showed them around the attractions of the Gower. When they left for the next leg of their trip it was clear that the girls had bonded really well making friendships that could last a lifetime. 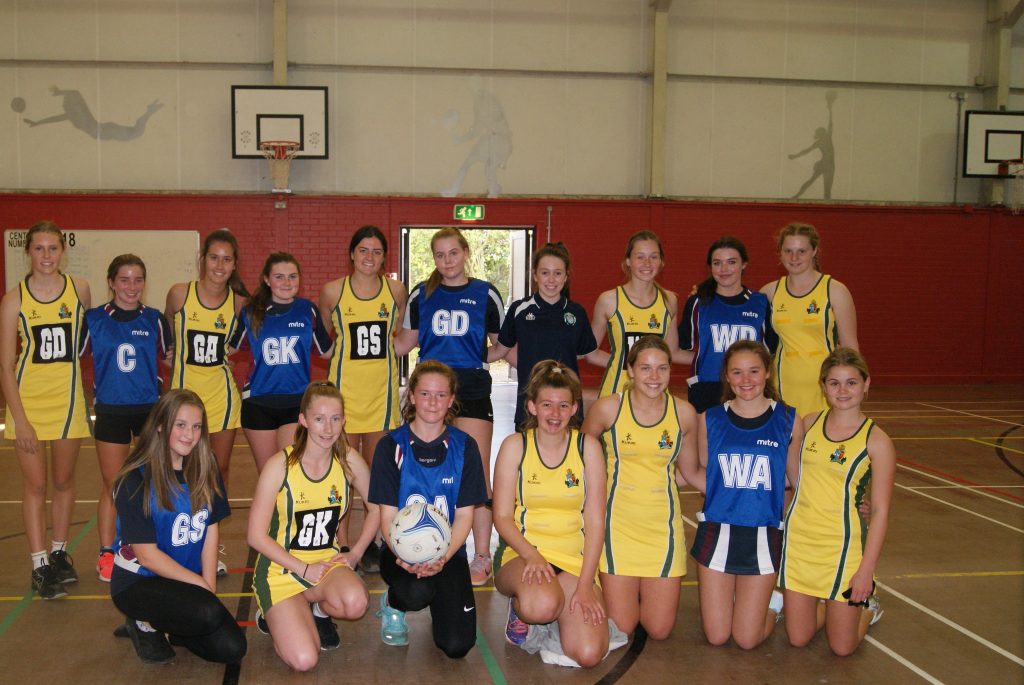 The Gowerton School and Firbank Grammar School netball ‘B’ squads.