Home  |  Gowerton year 8 come out on top at Morriston.

Gowerton year 8 come out on top at Morriston.

Gowerton year 8 come out on top at Morriston. 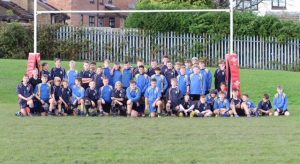 The Gowerton and Morriston year 8 squads.

Gowerton year 8 travelled to Morriston for their third group game in the preliminary stages of the Welsh schools’ cup. Like their hosts they had enjoyed mixed fortunes in their early fixtures. Gowerton had won one of their initial two games while the hosts had come out on top once in their first three games.
It was the visitors who returned home winners and although the difference on the scoreboard appeared convincing, the game was much more closely fought than that.
The visitors took the lead in the 3rd minute when no.8 James Wells won a turnover just inside his own half, the ball was quickly moved wide, centre Tyler Davies kicked ahead and won the chase to ground the ball for a try that scrum half Iwan Pearce-Morgan converted. 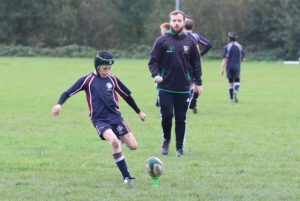 Morriston pushed hard for an equalising score with fly half Josh Hallam keen to use his outside backs and both centre Ryan Reynolds and wing Alex Morris looked dangerous. The visitors were only able to repel their threat thanks to the excellent defensive work of full back Lewis Hopkins, wing Evan Cornelius, lock Finn Lewis and flanker Jac Hawkins.
In the 12th minute, great work at the breakdown by Gowerton flanker Jacob Garlick won his side possession inside his own half, the ball was moved wide and the industrious Garlick was involved again when he sliced through a gap before being tackled on the hosts’ 22, possession was re-cycled quickly allowing influential scrum half Pearce-Morgan to dummy and snipe down the blindside for a try he was unable to convert.
The hosts reduced the deficit five minutes before the break when an extended spell of pressure, during which dynamic flanker Evan Webber was prominent, ended in No.8 Robert Eynon powering over.
However, Gowerton stretched their lead with two tries in the final minutes of the half. An interception by centre Ethan Davies allowed him to free wing Evan Williams who sidestepped past the cover to score. 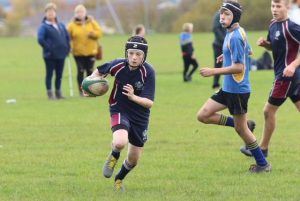 An excellent sidestepping run by fly half Cameron Bevan took him past four defenders before he sprinted 30 metres for his side’s fourth score. Scrum half Pearce-Morgan added the extras to both tries and at the break Gowerton led 26-5. 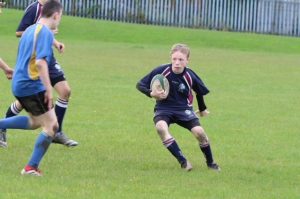 A side-stepping run by Cameron Bevan led to the fourth try.

Confidence boosted by those late scores, Gowerton started the second stanza on the front foot and increased their lead when a surging run by wing Liam Saunders took play into the Morriston half. Lock Richard Davies took the ball on, before fine handling gave centre and player of the match Ethan Davies an opportunity, he spotted a gap that allowed him to cross for a try that Pearce-Morgan again converted. 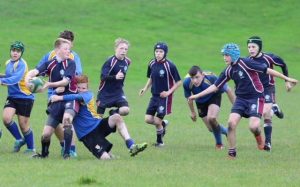 Gowerton were now very much in the ascendency and added two further tries despite the hardworking defensive efforts of fly half Hallam and flanker Webber. Firstly a well-engineered move between centres Ethan Davies and Tyler Davies resulted in Tyler dotting down beneath the poles for a try that Ethan converted. 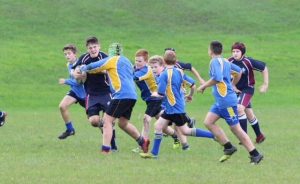 Lock Richard Davies is ‘on the charge.’

Finally, good work up front by lock Richard Davies and flanker Garlick freed centre Tyler Davies who completed his hat-trick. Pearce-Morgan added the extras and at the end the visitors returned home victors 47-5. 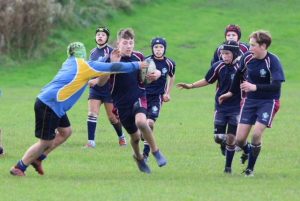 They complete their group games after half term when they travel to play Pontarddulais.