On the weekend of June 21st/22nd a group of pupils and staff travelled to Belgium to take part in the 75th anniversary commemoration for an ex-pupil of Gowerton School, Penry Guy, who died in action during World War 2. On June 21st 1944 his plane was on a bombing raid but was hit by enemy fire. As pilot he enabled his 6 crewmen to jump to safety and avoided the Belgian village of Asch before the plane crashed. 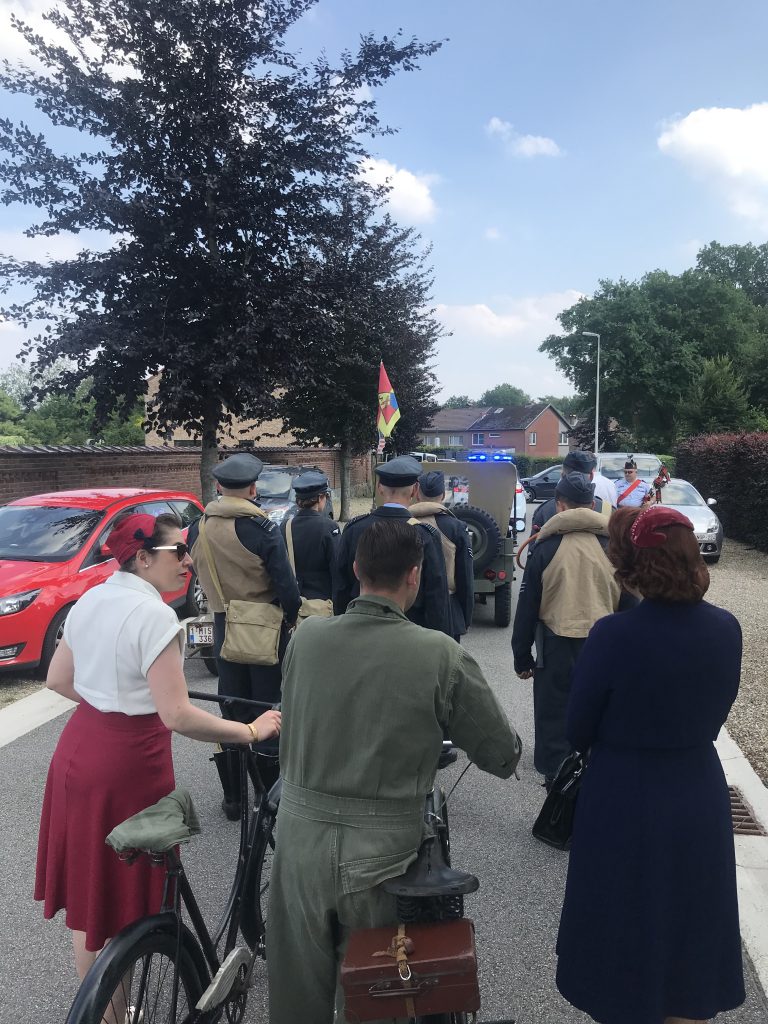 G. Penry Guy came from Penclawdd. He was a member of the Royal Air Force Volunteer Reserve who, by June 1944, was a Pilot Officer flying Lancaster Bombers.

The community of the village of Asch organised a series of formal events to commemorate the 75th anniversary of Penry Guy’s death. 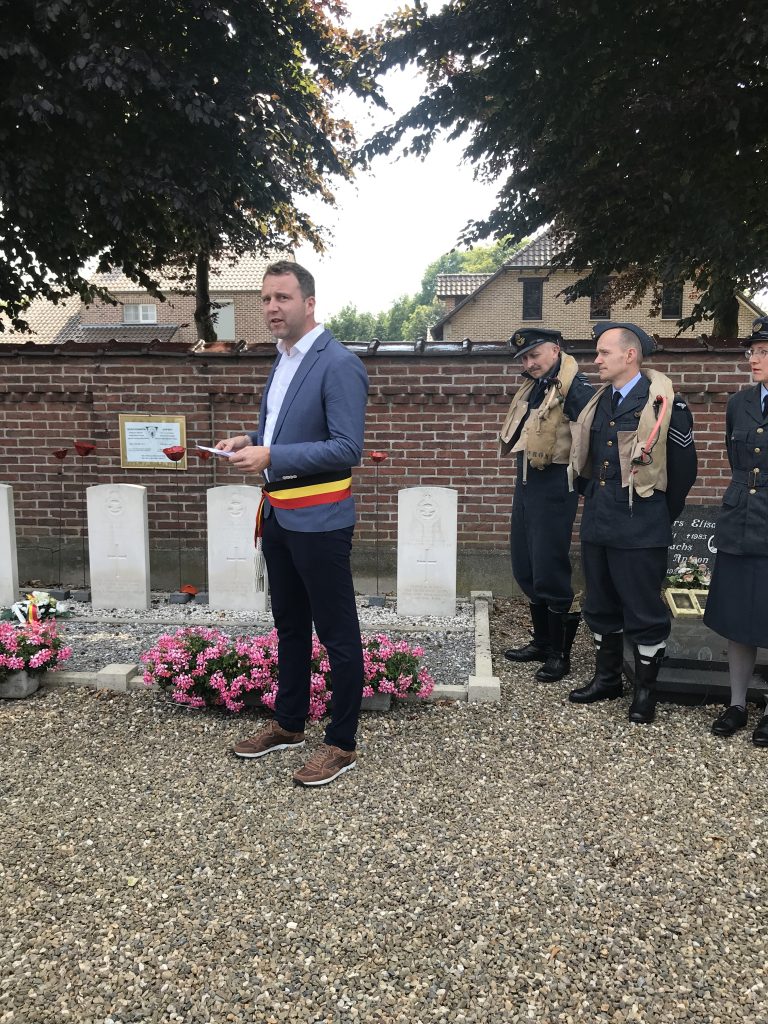 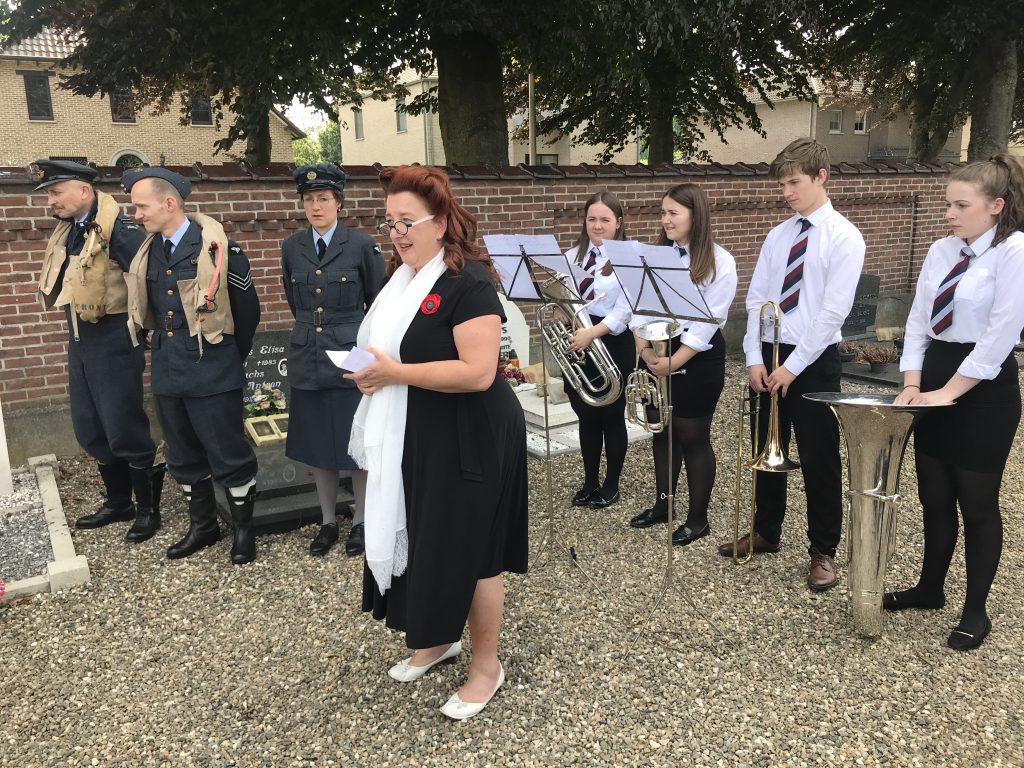 The weekend commemorations started on the Friday with an information film about the heroism of Penry Guy. On the Saturday afternoon services were held at the graveside and the memorial. Pupils from the music department, led by our Head of Music, Ms Kathryn Jones, performed at both events. The vocal trio, Josie Daniel, Maisie Grey and Caitlin Rees performed a beautiful, highly emotional, a cappella song. This was followed by the brass quartet, Ellie Carlsen, Eloise Denny, Alice Tracey and Aiden Stannard playing a beautiful version of Abide with Me. At the memorial Ellie also performed the Last Post. All present were visible emotional at the fitting tribute given. 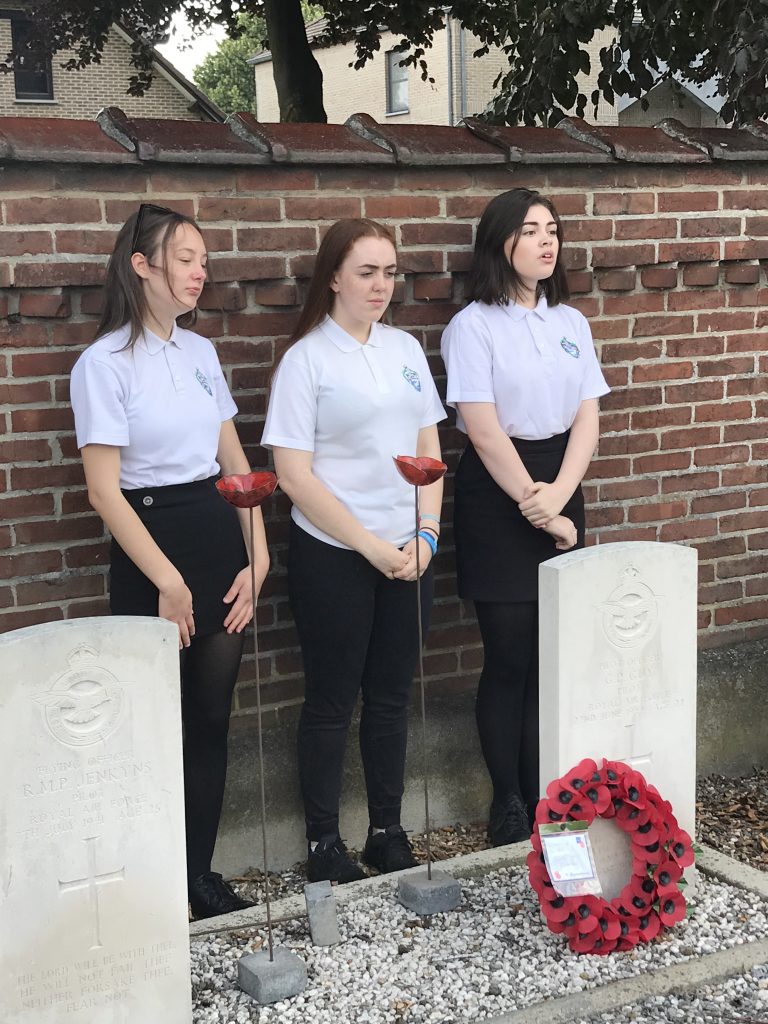 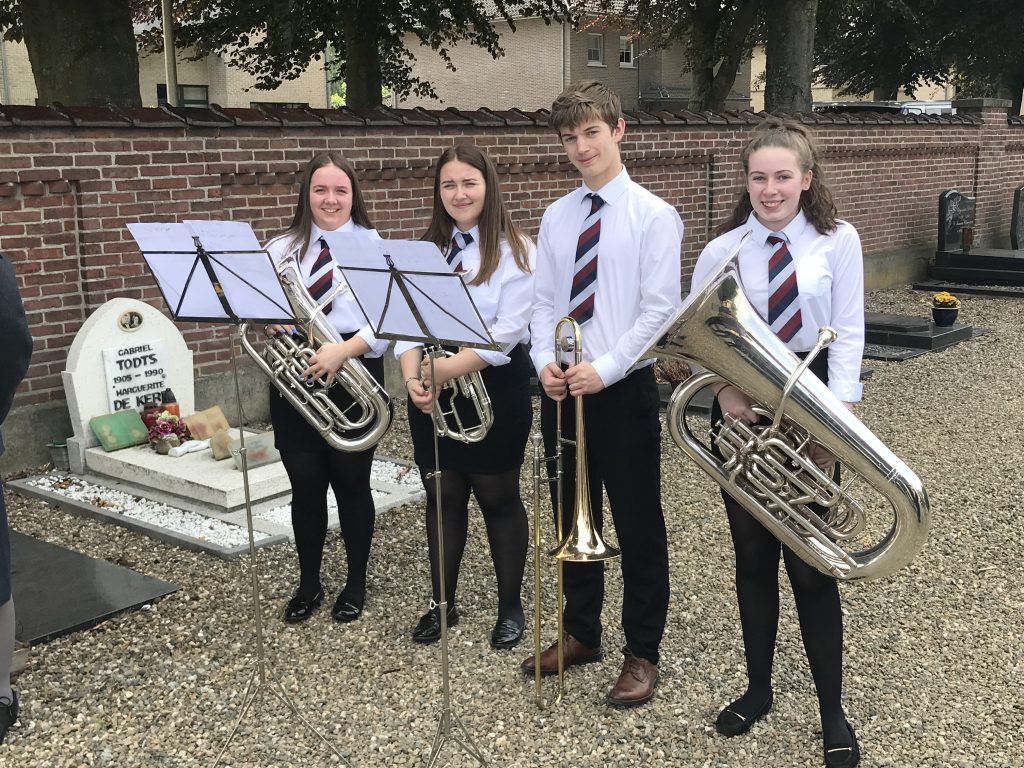 That evening a ‘vintage 40s party’ was held at the local community centre. Kathleen de Cleene, the organiser of the events commented ‘ although the loss of Penry Guy’s life was very sad it has enabled the community of Asch and Gowerton School to form a wonderful friendship. We are pleased something positive can come from such a tragic loss.’ 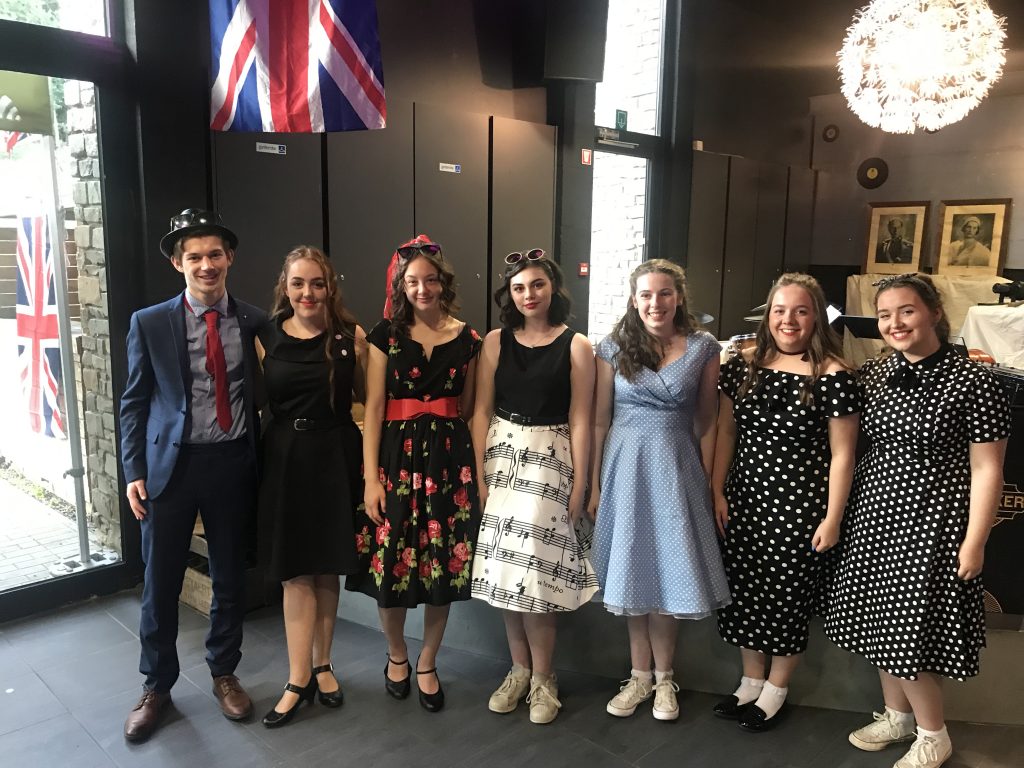