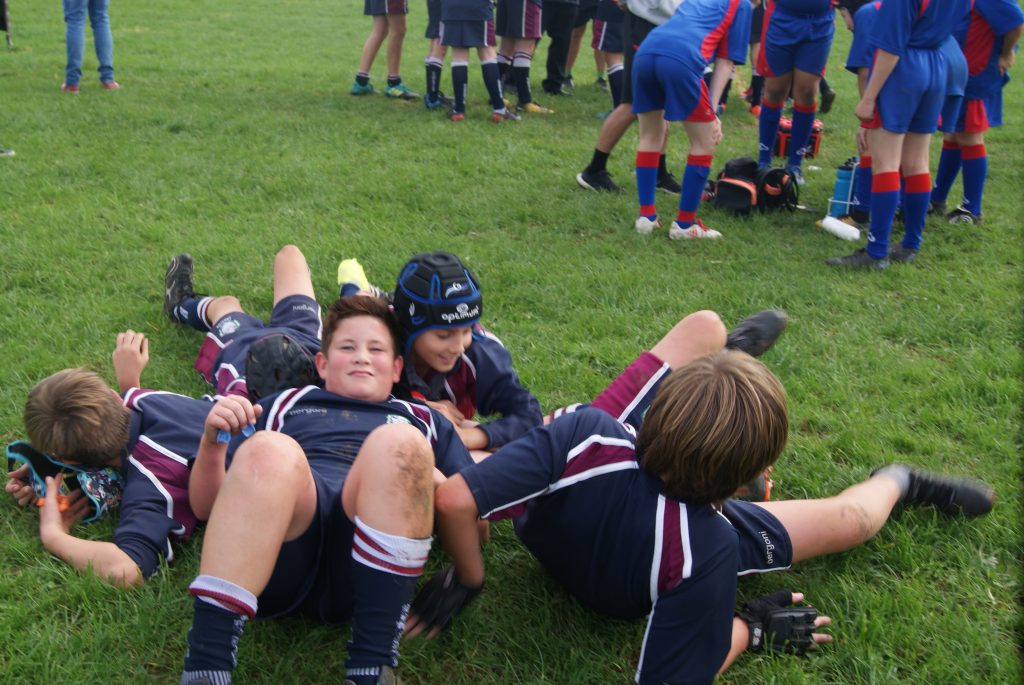 Some of the squad, relaxing prior to the festival.

Gowerton year 7 showed that they are developing impressively as a team when they travelled to play in the Bishopston festival and returned with an impressive 3 victories from their four games played.
In the first game they played the hosts and with half backs Ben Hughes and Cameron Bevan distributing intelligently they held the upper hand dominating territory for most of the game. Bishopston No.8 Ben Hawkins defended tirelessly and wing Olly Anderson ran elusively but it was Gowerton who ended up on top when no.8 Tyler Davies powered away from a scrum on half way, when he was brought down on the 22, scrum half Hughes fed centre Drew Dodd and his good running angle allowed him to breach the defence and burst clear for a try that full back Reuben de Vall converted.

Next up for Gowerton it was Pontarddulais. With props Josh Anderson and Harvey Marshall and lock Finn Lewis all carrying strongly Gowerton again had the better of field position and took the lead when centre Ethan Davies showed both his pace and elusive running to burst clear from inside his own half and then fed supporting No.8 Tyler Davies who had the pace to sprint clear. Gowerton doubled their lead when good work by back row forwards Noah Tregonning and Conor Colwill-Upson created an opportunity for full back Reuben de Vall to show his well balanced running and cross in the corner. 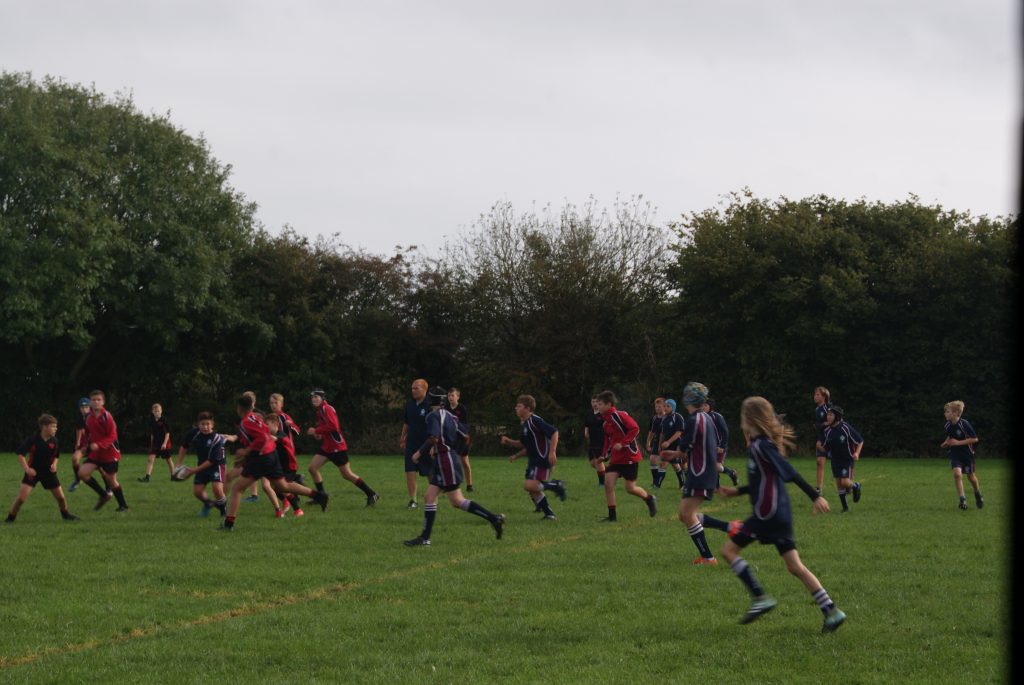 Jac Lewis-Colwill looks to release his outside backs.

Pontarddulais half backs Steffan Phillips and Jack Gedrich both defended well and ran strongly when they had the ball. They looked certain to reduce the deficit when Gedrich found himself in space 10 metres from Gowerton’s line only for full back de Vall to distinguish himself at the other end of the field with a tackle that stopped what appeared to be a certain score.
Gowerton pressed home their advantage when a good carry by hooker Ethan Wood took play into the Pontarddulais half, scrum half Jacob Garlick found centre Ethan Davies and his intelligent running allowed him to put co-centre Dodd in space and he dotted down to complete the scoring.

In their third game, Gowerton took on Olchfa and this proved to be the most competitive of all their games with play regularly going from end to end. Olchfa had pace in the form of wing Alex Phillips and centre Tristan Collins and industry up front from No.8 Jack Hoskins, whilst Gowerton were well served up front by lock Richard Davies, flanker James Godbear and prop Harvey Marshall and carried a threat behind with wings Morgan Bradley and Jacob Garlick but it was Olchfa who grabbed the decisive score when Hoskins exploited space on the blindside of a scrum and freed wing Phillips who crossed in the corner. Gowerton pressed for an equalising score and it took some great defensive work from Hoskins to deny centre Ethan Davies and at full time Olchfa ended up with the spoils. 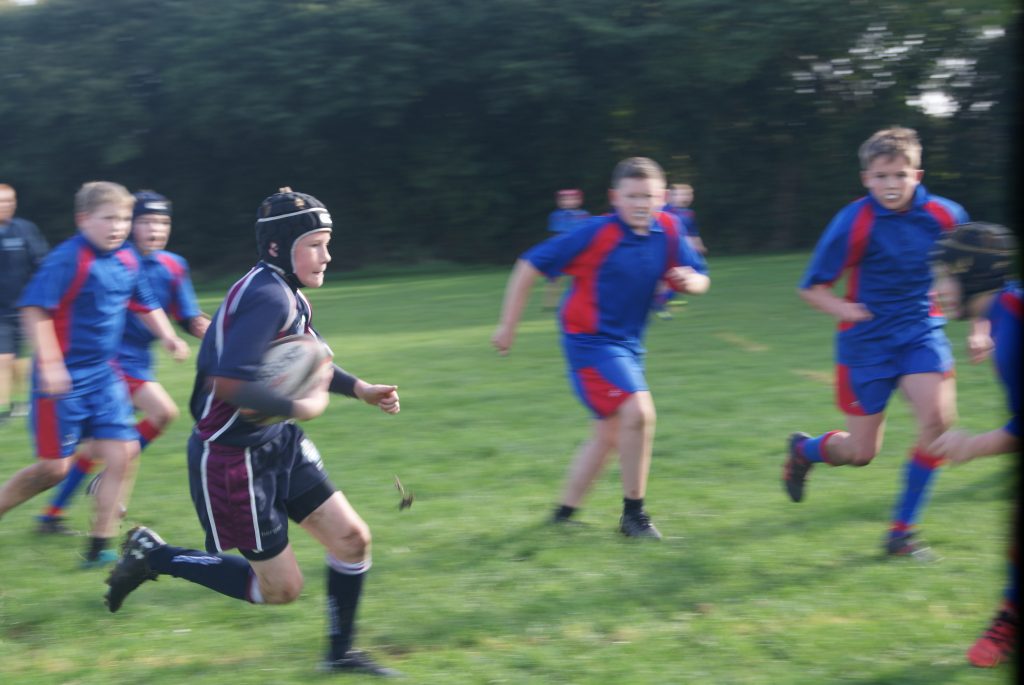 Finally Gowerton played Morriston and with fly half Jac Lewis-Colwill impressing both in attack and defence they dominated the early phases taking the lead when centre Dodd burst clear from his 22, he was stopped on the Morriston 22 and good carries by lock Jamie Tooze and Gowerton’s player of the festival Harvey Marshall freed No.8 Tyler Davies to open the scoring.
Gowerton quickly doubled their lead when an excellent run from centre Ethan Davies allowed him to break clear in his 22 and then have the pace to outstrip the cover and cross for his side’s second try. Gowerton sealed victory when impressive No.8 Tyler Davies powered over for his second score. 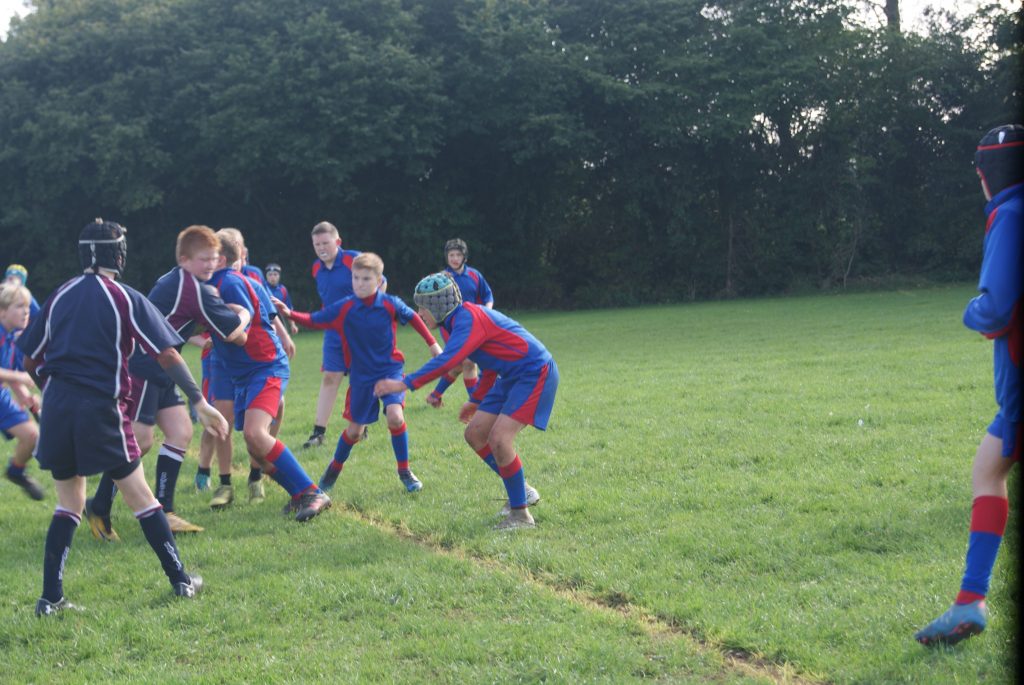 Morriston always carried a threat with No.8 Robert Eynon impressing in all phases and they were rightly rewarded with a score of their own when hooker Gethin Godsall burst clear and drove over in the corner.

The team travel to play Bryntawe on Tuesday.