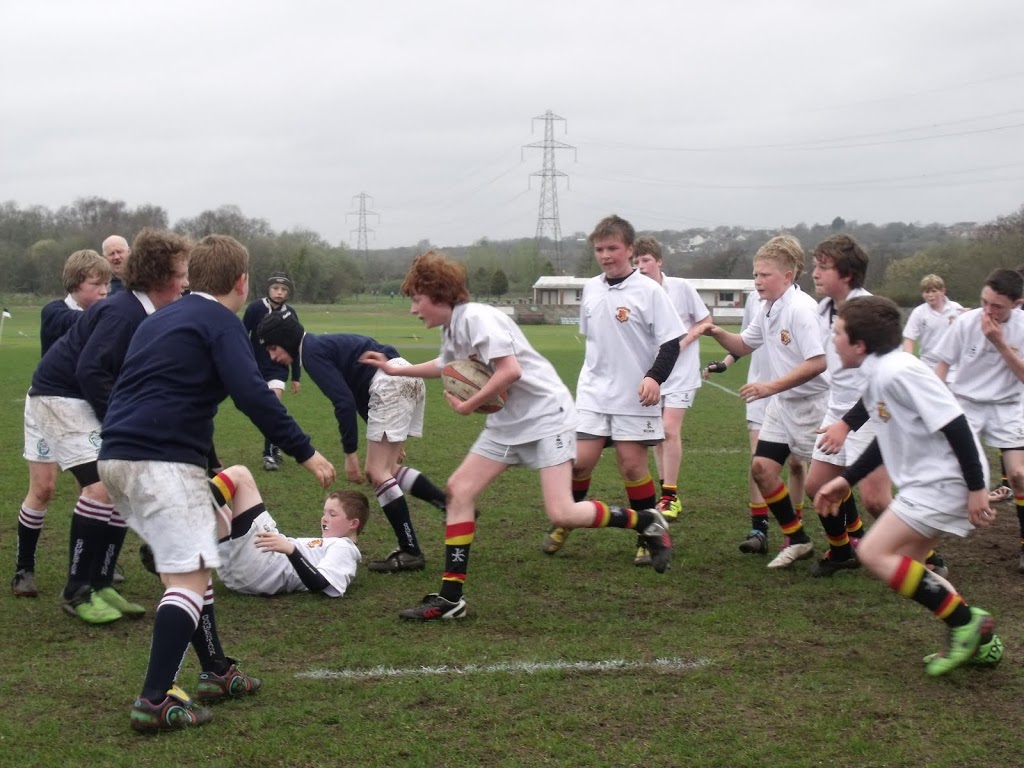 Heroic effort-but year 9 have to settle for a draw in Watcyn Ward Cup final.

Gowerton travelled as underdogs to St.Helens to play reigning champions Pontarddulais in the final of the year 9 Watcyn Ward cup. Gowerton went into the match unchanged from the team that started their semi-final victory over Gwyr. The team had prepared hard for the contest and were confident of a good performance.

Gowerton won the toss and captain Matthew Williams wisely opted to play into the wind. However, it was the favourites who were on the attack first and took the lead in the 5th minute when centre Aneurin Donald kicked a penalty from 20 metres.

Pontarddulais held a slight advantage in the scrum, but Gowerton commanded the lineouts with the throwing of Marcus Besley and catching and delivery of locks Kieryn Lewis and Kieron Fisher being of the highest order. 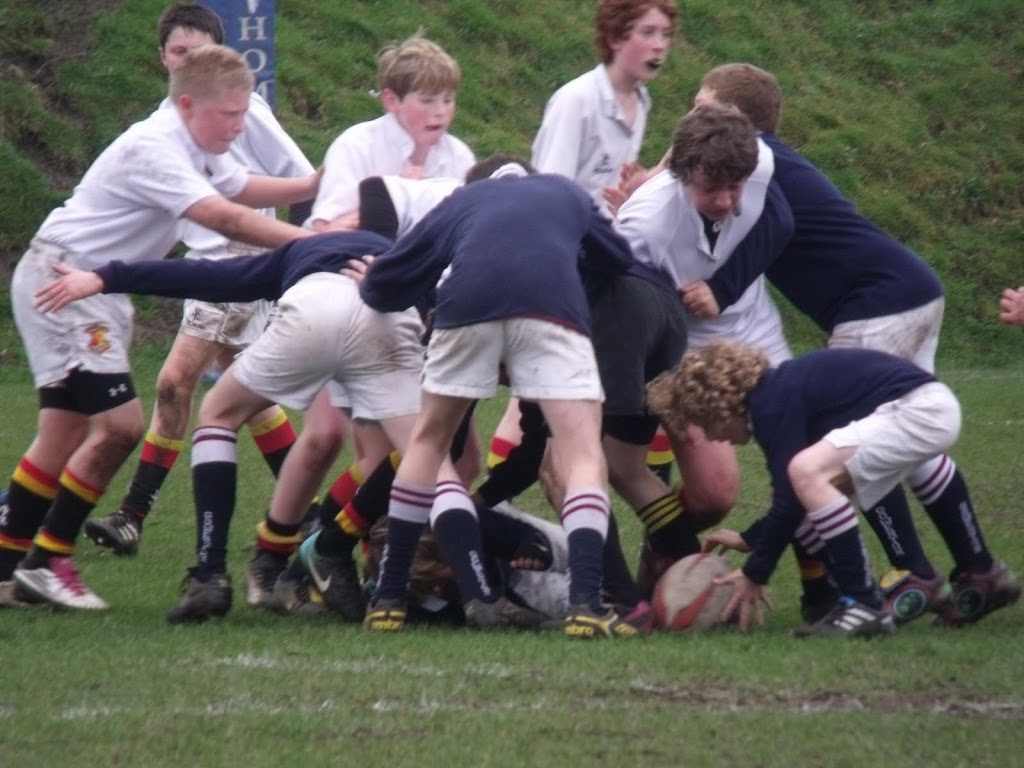 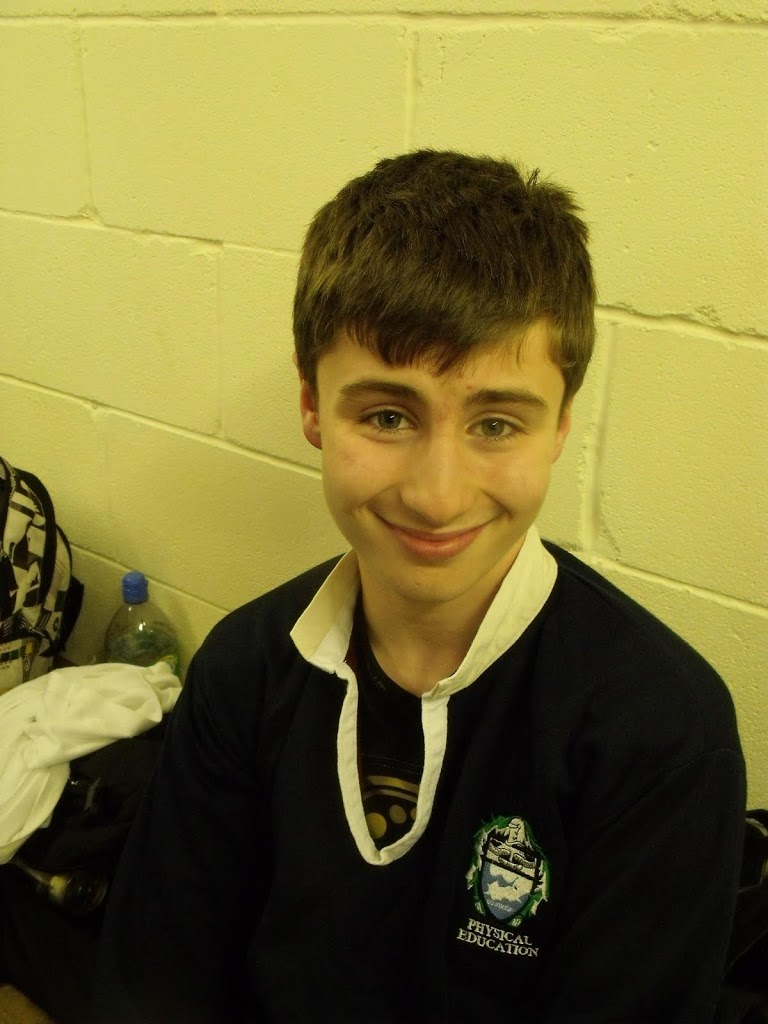 Gowerton dominated the lineouts where Kieron Fisher and Kieryn Lewis were in commanding form thanks to the accurate throwing of hooker Marcus Besley.

With Gowerton in charge in the lineouts and scrum half Jonny Lloyd and the backrow of Aaron Smith, Liam Morgan and Jordan Sherman giving the Pontarddulais back row and half backs a torrid time, Gowerton looked comfortable. 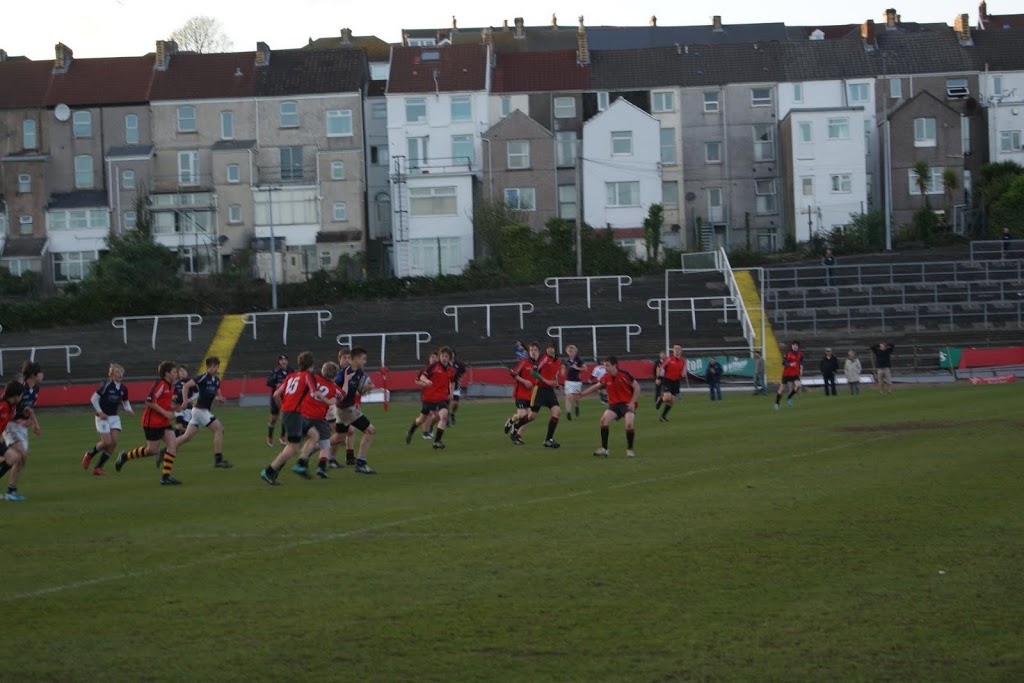 Flanker Jordan Sherman attacks with the ball as Gowerton searched for victory. 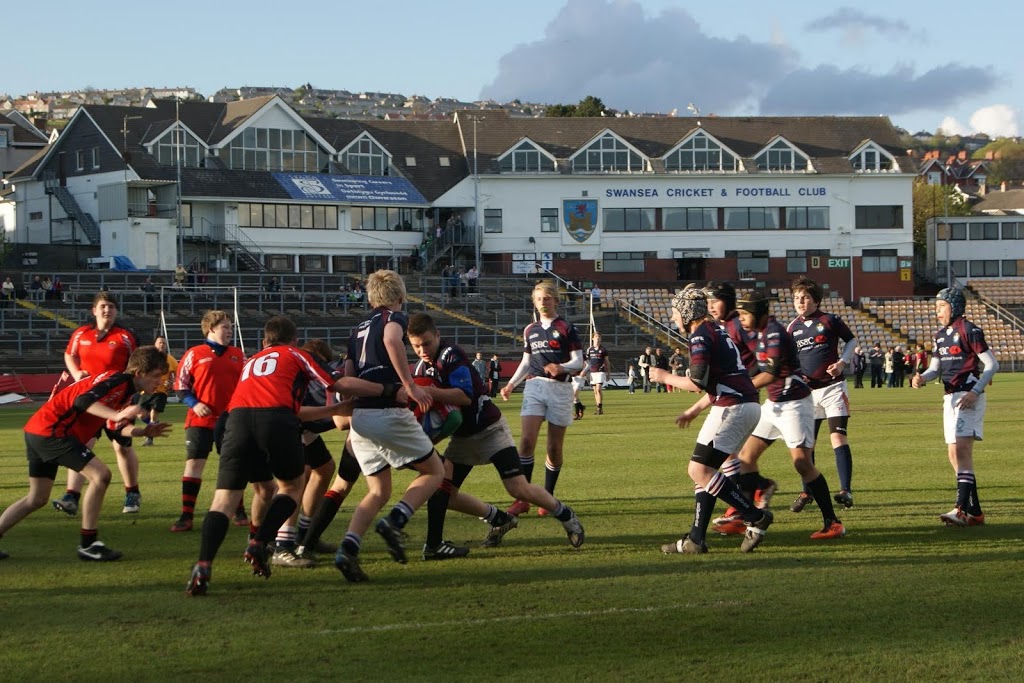 Jordan Sherman makes another tackle to halt a Pontarddulais attack.

However in the 17th minute, disaster struck when a sliced ‘22’ metre drop out was gathered by centre Donald, and he went through some weak Gowerton tackling to score a try that he converted himself to stretch the lead to 10 points.

Now, Gowerton had to show some character or they could be in danger of going down to a heavy defeat. They did just that and in the 22nd minute, a great break by centre Anthony Osborne set up an attacking position in the Pontarddulais half and eventually good handling saw the ball moved wide to centre Ashley Watkins who scored 15 metres from touch. Fly half Matthew Protheroe added an excellent conversion.

Pontarddulais attacked hard in the final minutes of the half-but Gowerton buoyed with the confidence of their try defended with vigour and kept their line intact to leave them trailing 10-7 at half time. 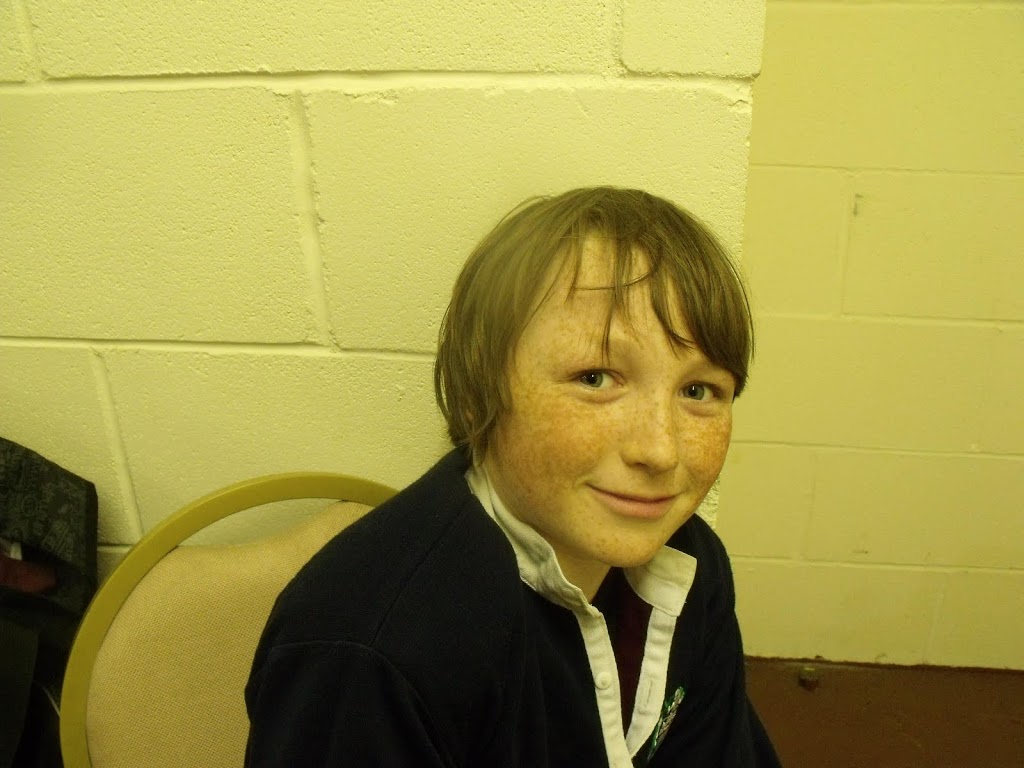 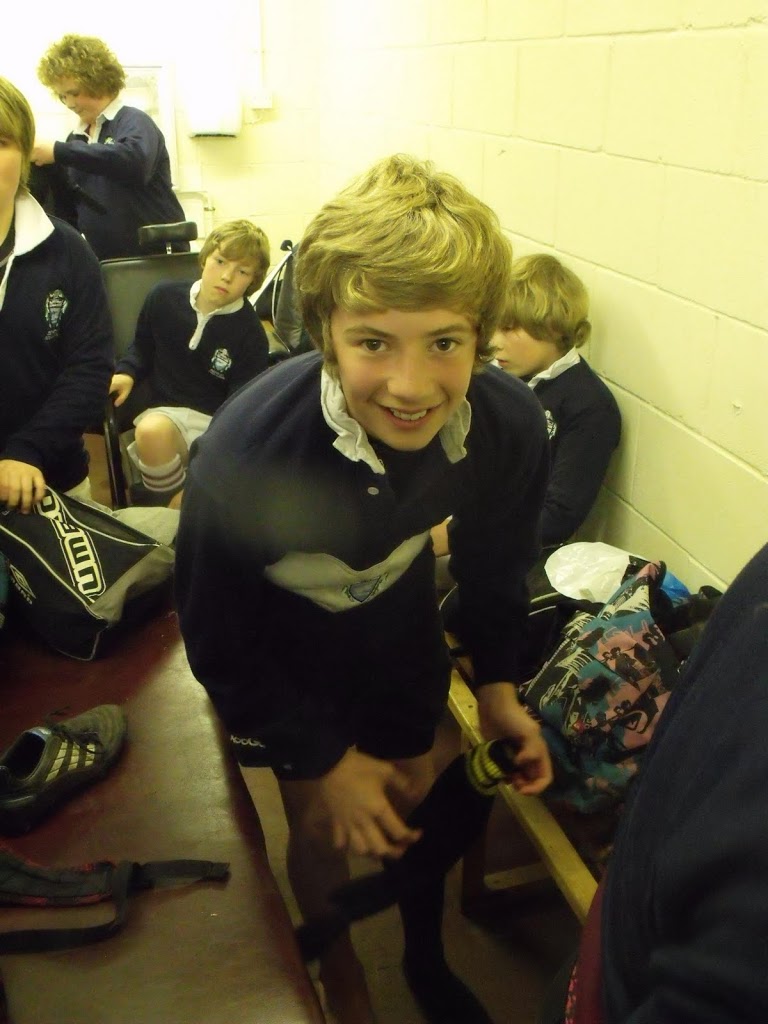 Full back Matthew Williams dives in at the corner for Gowerton’s equalising try.

Gowerton, with the wind at their backs began the second half on the front foot, but Pontarddulais’ defence was equal to the task and then in the 36th minute when an attack broke down just outside their ‘22’, Pontarddulais counter attacked and scored a try that went unconverted, but that stretched their lead to eight points. 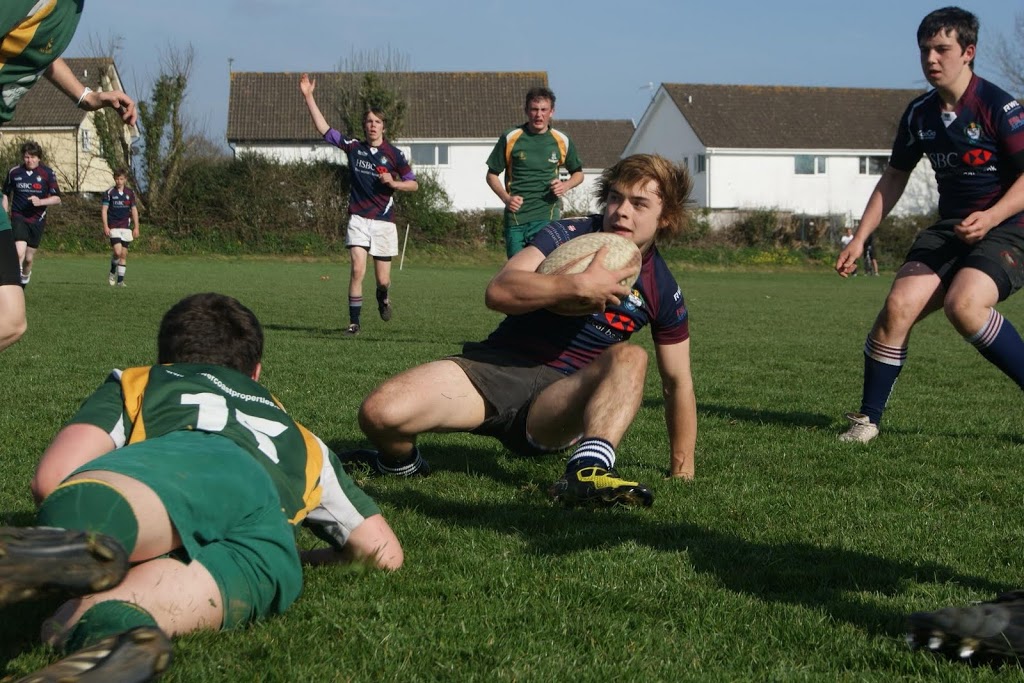 Gowerton’s replacements and supporters look on in anticipation. 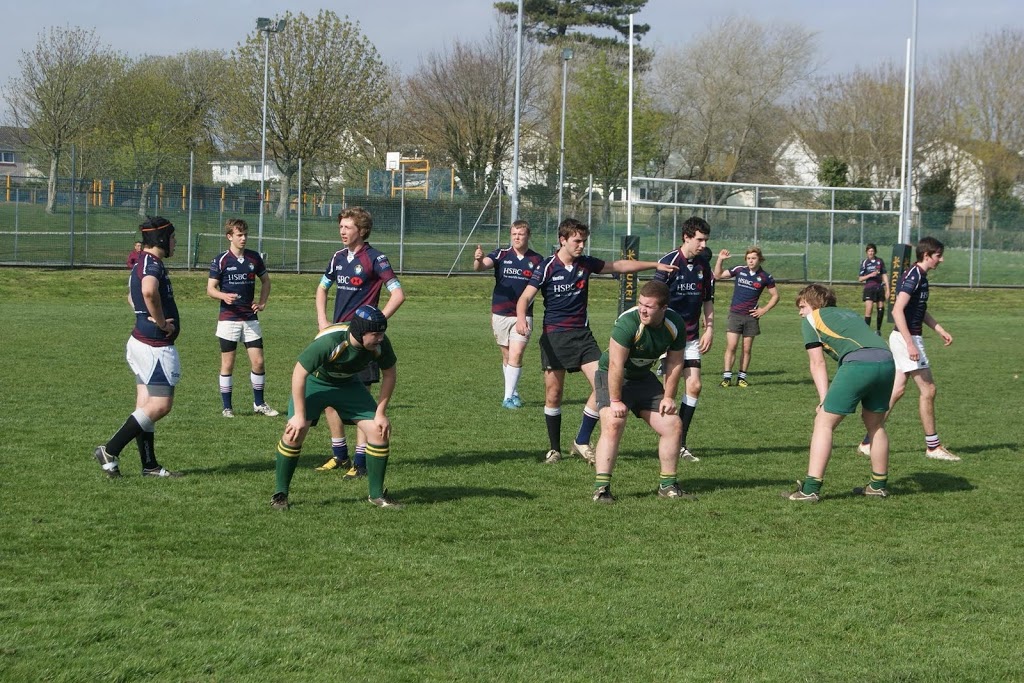 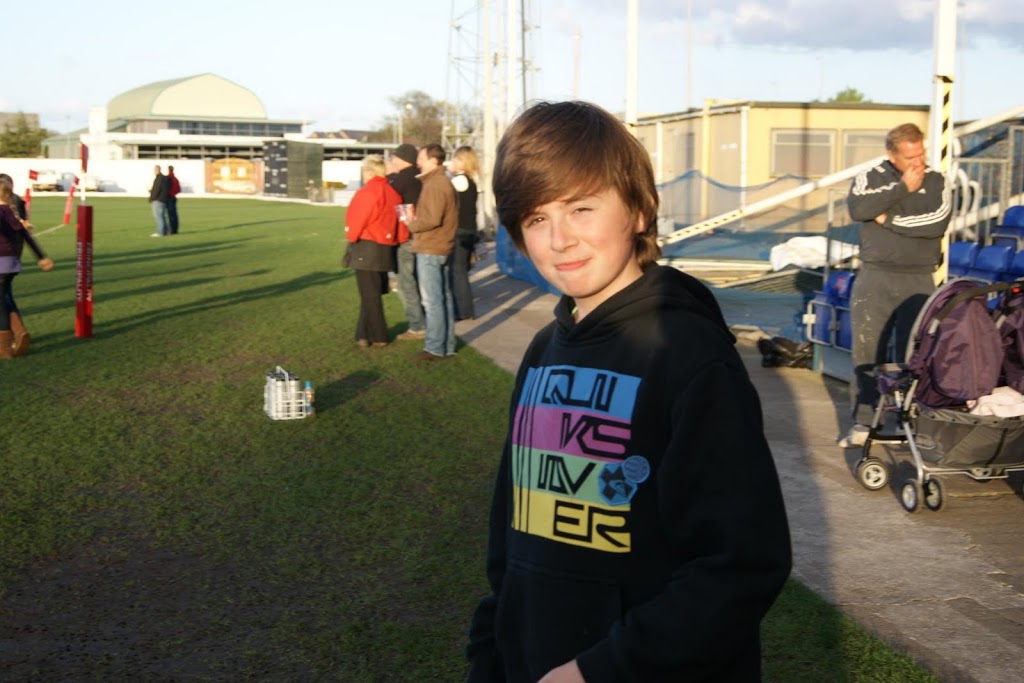 Now was a time that Gowerton had to show their character. They were not prepared to let the opportunity of cup victory go without a fight and they took the game to their much vaunted opponents. In the 38th minute, when they were penalised for not releasing in a tackle, fly half Protheroe stepped up to convert the penalty to bring his team within a score. 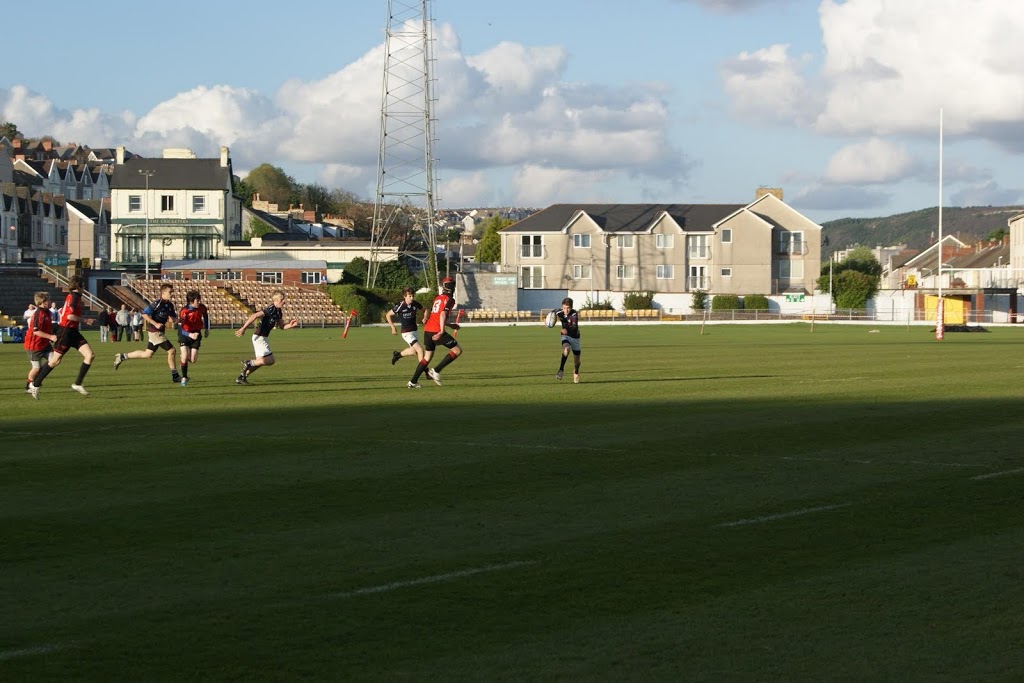 Gowerton’s Leighton Lamb looks to take on a Pontarddulais defender.

Leighton’s sidestep takes him clear and he looks to beat another.

Gowerton realised it was now or never and attacked with purpose and prop Dylan Treharne and joint men of the match Aaron Smith and Liam Morgan were all denied just short of the line. However, Gowerton were not to be denied and in the 48th minute when possession was won 5 metres from the Pontarddulais line, excellent passes from half backs Lloyd and Protheroe, gave full back Matthew Williams the room to dive over in the corner.

Protheroe’s conversion attempt from the touchline dipped under the bar. Gowerton had one more opportunity to win the game and when Pontarddulais were penalised from the kick off, rather than settle for the draw and kick the ball out of play, they opted to run it from their ‘22’. Their bravery was almost rewarded, but flanker Morgan was tackled into touch on the opposition ‘22’ and at the final whistle the spoils were shared and Gowerton deservedly had their hands on half of the trophy. 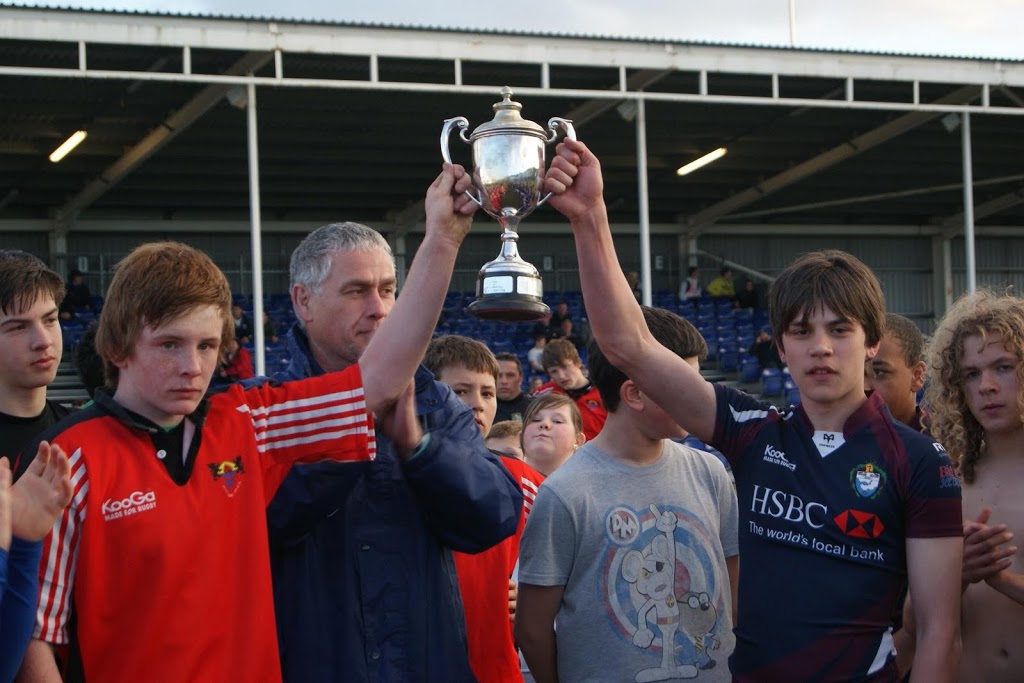 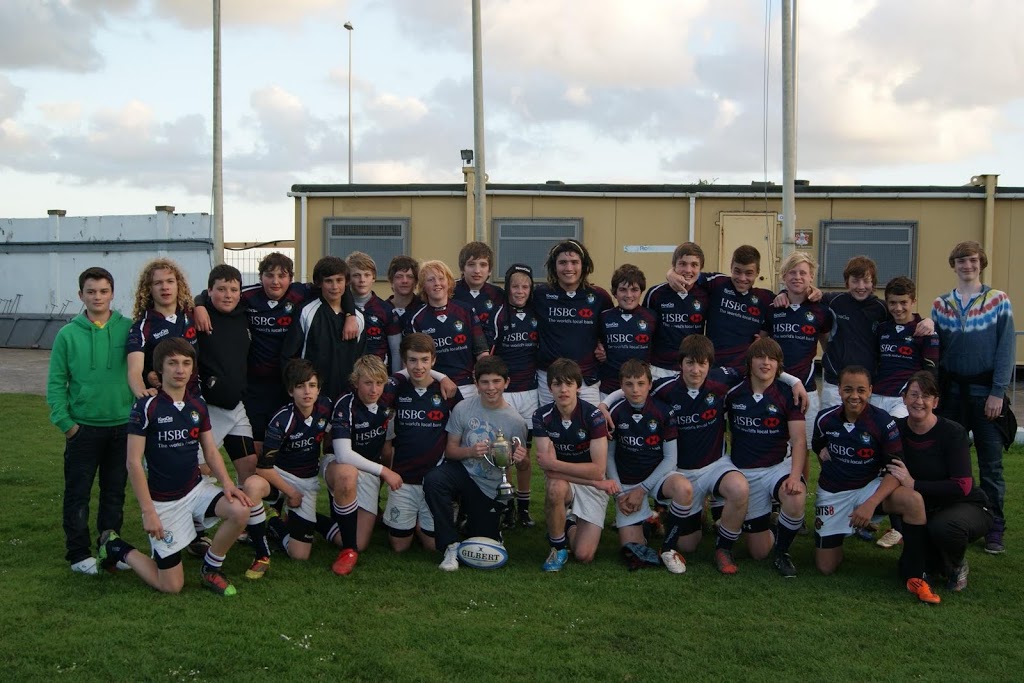 The squad with injured captain Richard Keefe and the Watcyn Ward cup.