23rd July 2013Tour0 comments
A peaceful and undisturbed night. Mind you-World War III could have broken out and I don’t think I’d have woken. In our room Mr. Walters and I are up at 6.30am-well before our early morning call. I can hear movement in the corridor and look outside to see who it is. Lots of our party are up already and going down to the hotel pool for a swim. Mr Walters follows them. I stay in the room and check the phones and my emails-No messages, so no problems, which is good news.
I go on to the tour ‘blog’. It has had 1,200 ‘hits’ in the first 24 hours, so people are obviously following our progress closely. Mr Long has put the first video and photo clips onto the ‘blog’ at about 10.30pm U.K. time and it has had 36 views in the first hour.
I check with hotel reception and no complaints, from there either-more good news. We are down to breakfast by 8.00am-the selection is fantastic and too much for me to even consider trying to describe (you may be glad to hear). Everyone is happy at breakfast. They have slept well, there is a clean bill of health, lots have gone for an early morning swim and breakfast is great.
Nominations for ‘Donkey of the Day’ are flooding in thick and fast. Tom Froom had gone for a swim and punched another guest in the face when doing the butterfly stroke.
Richard Keefe followed on from locking himself out of his room two minutes after arrival yesterday by placing his locker key in what he thought were his shoes by the side of the pool. They were someone else’s shoes and when they collected them, they took his key with them and Richard had to pay for a replacement.
At breakfast, Callum Macdermott raised a smile when he exclaimed “This apple is so nice it tastes like cherry!”
Jayde Anderson, not for the first time, raised eyebrows when she stated “You shouldn’t eat eggs, they’re dairy products”.
Marcus Besley was concerned that the juice glasses were too small and so he filled a cereal bowl with orange juice which he drank from the bowl-two glasses Marcus?
After breakfast we assemble at 9.00 am in the foyer . We are to take the ferry over to Hong Kong island, catch the bus to the tram terminal that will take us up to the ‘Peak’ the highest viewing point in Hong Kong.
We are on the ferry by 9.30am (it cost $2, about 20p). The bus costs $8.40 and the tram $40. We pay from the tour contingency.
The tram is a very steep journey up the hillside at 45° in many places. When we arrive at the top the views across the harbour and back towards Kowloonare spectacular although if the weather closes in, visibility can disappear within minutes until a shower clears the air and you can see again 15 minutes later. At the Peak, there is a shopping complex. We are there at 10.45am and allow the group until 2.00pm to undertake some ‘retail therapy’ and have some lunch.

Morgan Curtis and Callum Macdermott had been several minutes late while we were waiting for the bus to the tram earlier at 10.00am. It could have meant that we missed the bus and had to wait 20 minutes for the next one. The boys were punished by being kept back 20 minutes when we arrived at the Peak. There indiscretion had been minor, but unless it’s dealt with, it’s something that can escalate. Anyway it has the desired effect and everyone is arrives promptly at 2.00pm.

We queue for the tram back down the the hillside and Alex Freeman has lost his return ticket-the ticket collectors are understanding and allow him through without one. We make the return journey and it is as straightforward as possible. The students are very patient with us as we stop regularly to have register checks before we move on. The tram, bus and ferry rides get us back and the short walk from the ferry sees us back in the hotel by 3.15pm.

A lot of the group are quite tired so we give them the option of going to their rooms to rest, using the hotel pool or visiting the shopping centres adjacent to the hotel.

We are to reassemble at 6.30pm ready to leave the hotel at 7.00pm. The boys are going to play at Kings Park and the girls are to play netball on the South Island. With both games kicking off at 8.00pm they are to played under floodlights. The hockey girls are playing tomorrow so they accompany the girls to watch the netball.

For much of the ‘free’ time it rains heavily and I have a call from Shuman our rep to tell me that the heavy rain means that the netball could be in doubt. I say that we would still like to travel and make a decision when we arrive at the school.

Shuman and our other rep Steven arrive on time at 6.45pm along with the buses and it is still raining heavily. The buses leave in opposite directions. The rugby team arrives at Kings Park at 7.15pm and they are to play an under 19 Hong Kong select XV. There is no problem with the weather. The rain has eased and the pitch is an artificial 4G pitch. The Ospreys have a 3G pitch at their Llandarcy sports centre and this one is the more improved version. It has had international games played on it.

As the team is warming up we hear a big cheer-the girls have arrived to support. Their game has been cancelled as the courts were deemed to be dangerous after the rain. Miss Rushworth informs me that in netball, this counts as a victory if the home team are unable to fulfil the fixture, so the tour is off to a winning start!!

Our game is to be refereed by Gabrielle, a female referee who had just returned from refereeing in the World Cup. It was to be a new experience for all of the lads, but one they appreciated and at the end of the game Gabrielle had earned their respect for being a very good match official.

We win the game 77-3(match report from Ethan Hopkins to follow), and play particularly well in the second half after leading 26-3 at half time, against opponents who were tenacious and didn’t give up but who understandably didn’t have the skill set of our lads.

Joel Young was awarded the man of the match award.

After the game, we enjoyed hotdogs and burgers with our hosts, made some presentations before departing at 10.10pm and returning to the hotel by 10.30pm.

This evening’s arrangements mirror last nights, into rooms by 11.00pm. When staff do their checks all is in order and we depart to our rooms at 11.20pm. We book a group early morning call for 7.00am with breakfast at 8.00am.

A big day tomorrow. The hockey team play at 1.00pm and we fly to Sydney for the next leg in the evening. 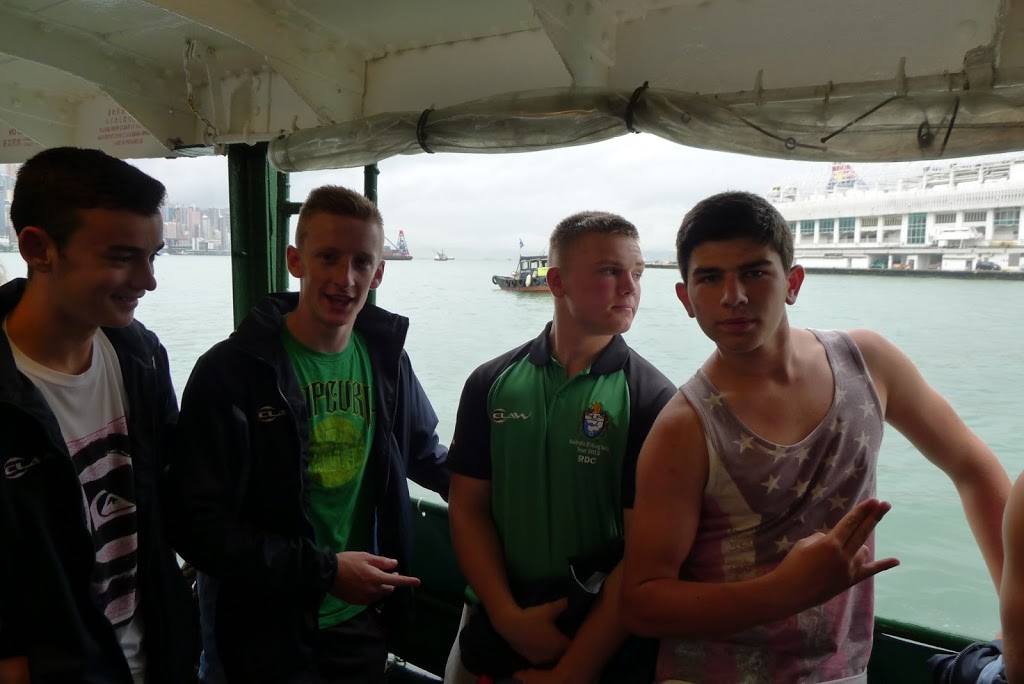 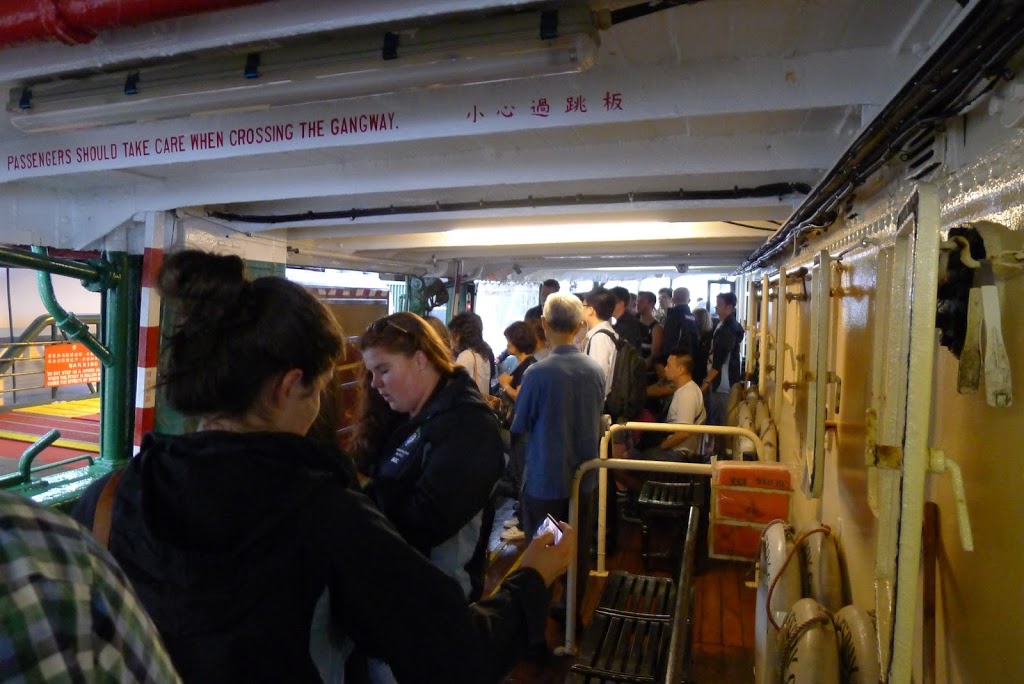 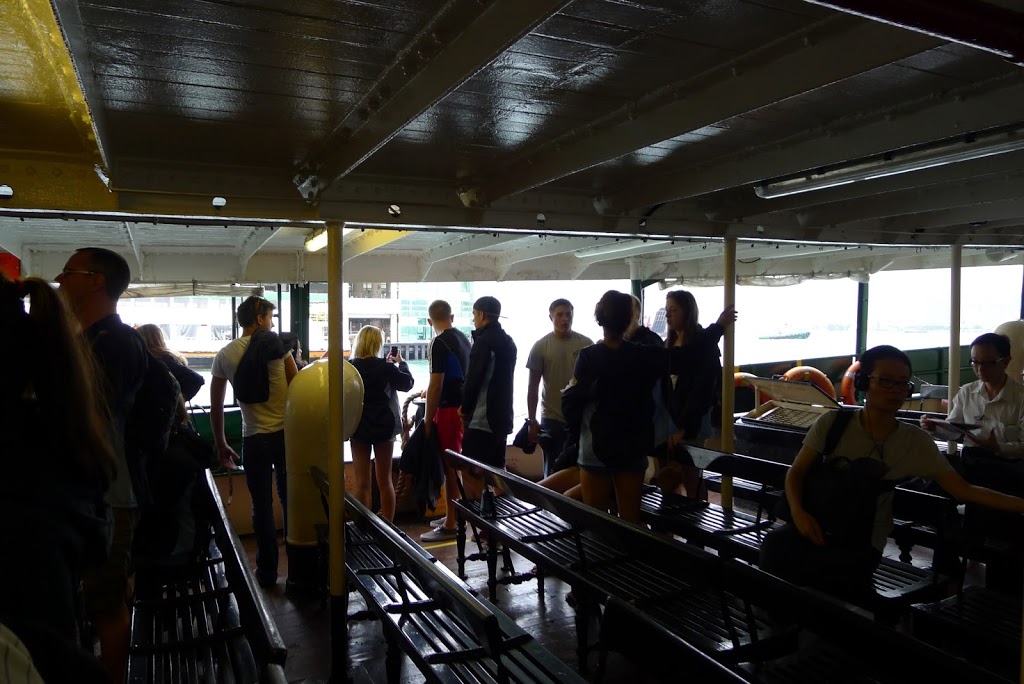 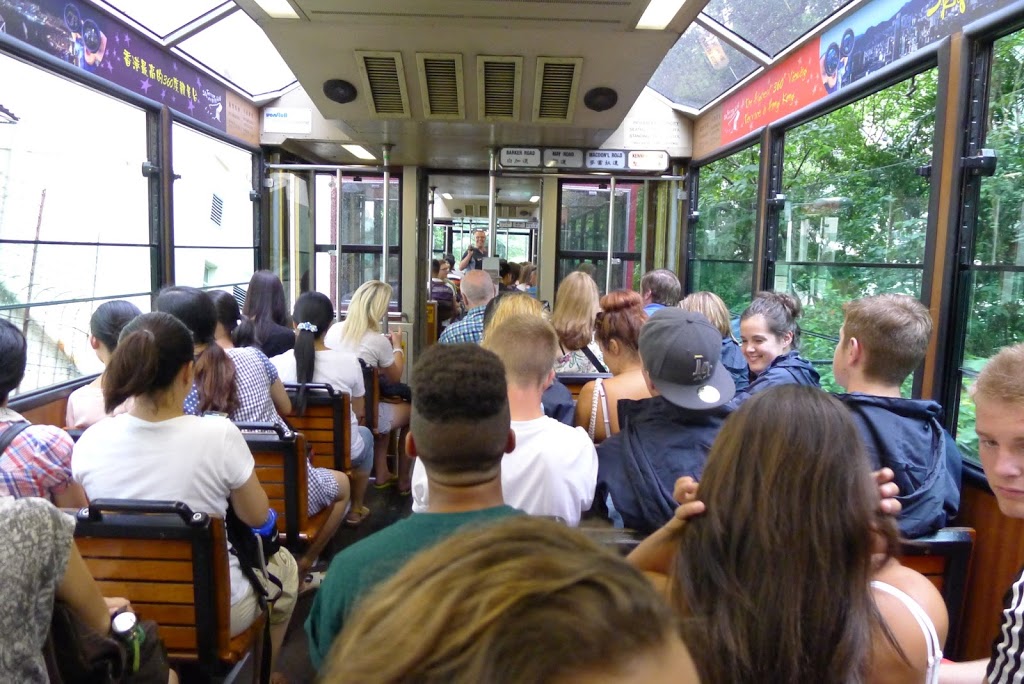 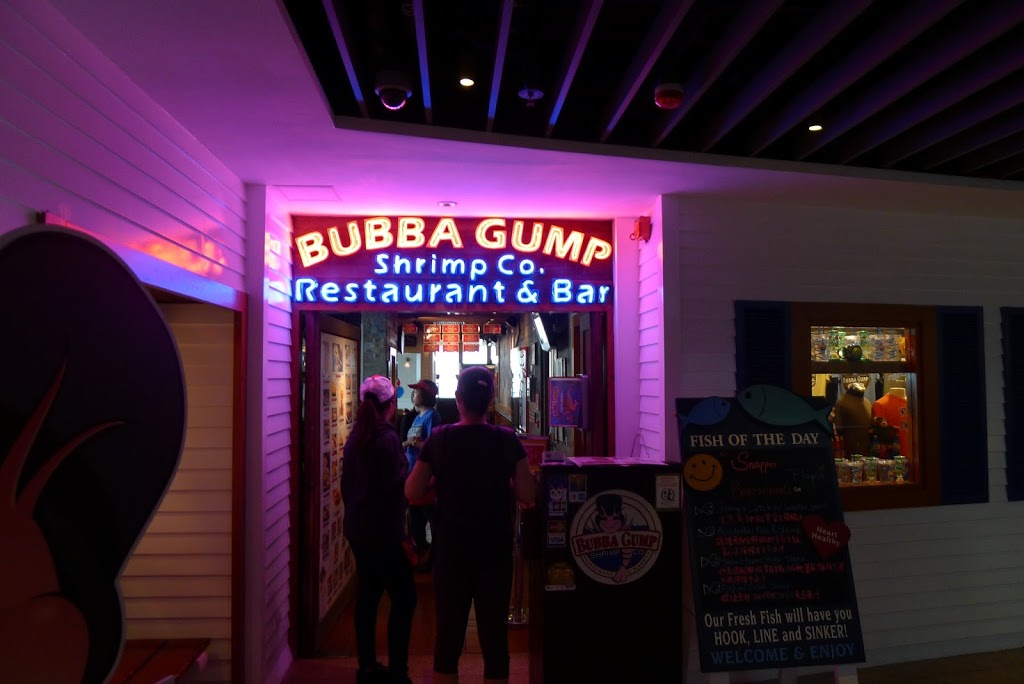 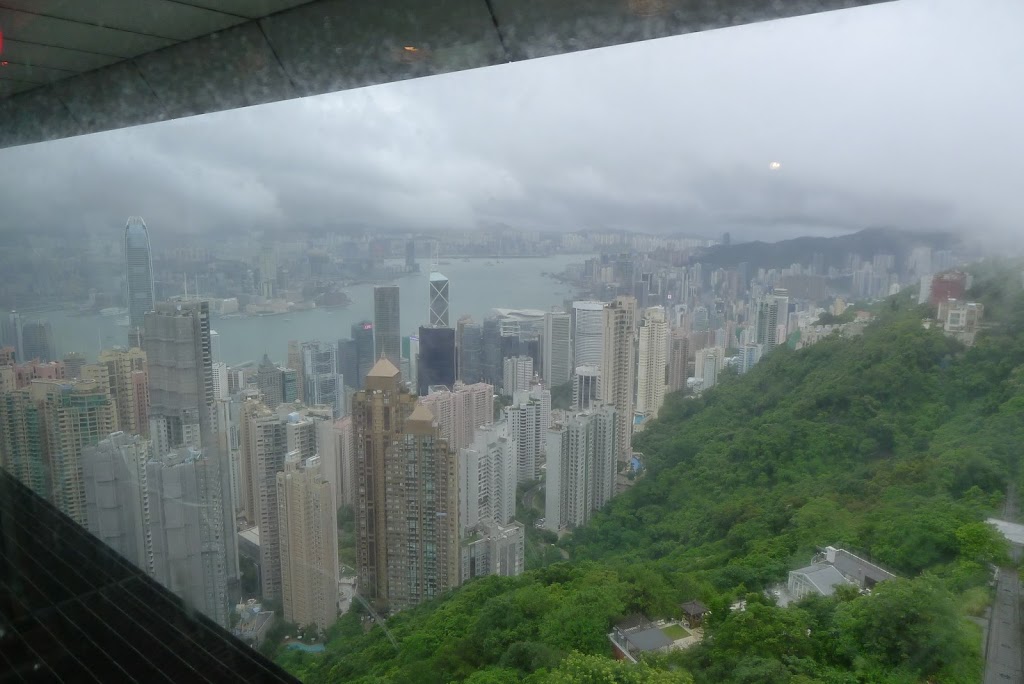 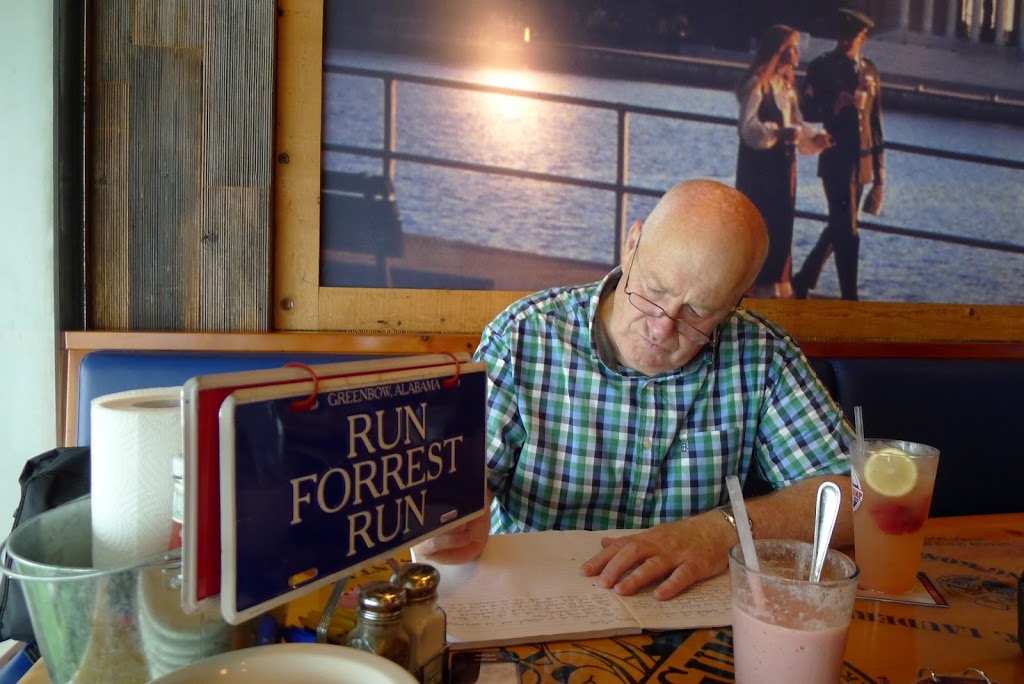 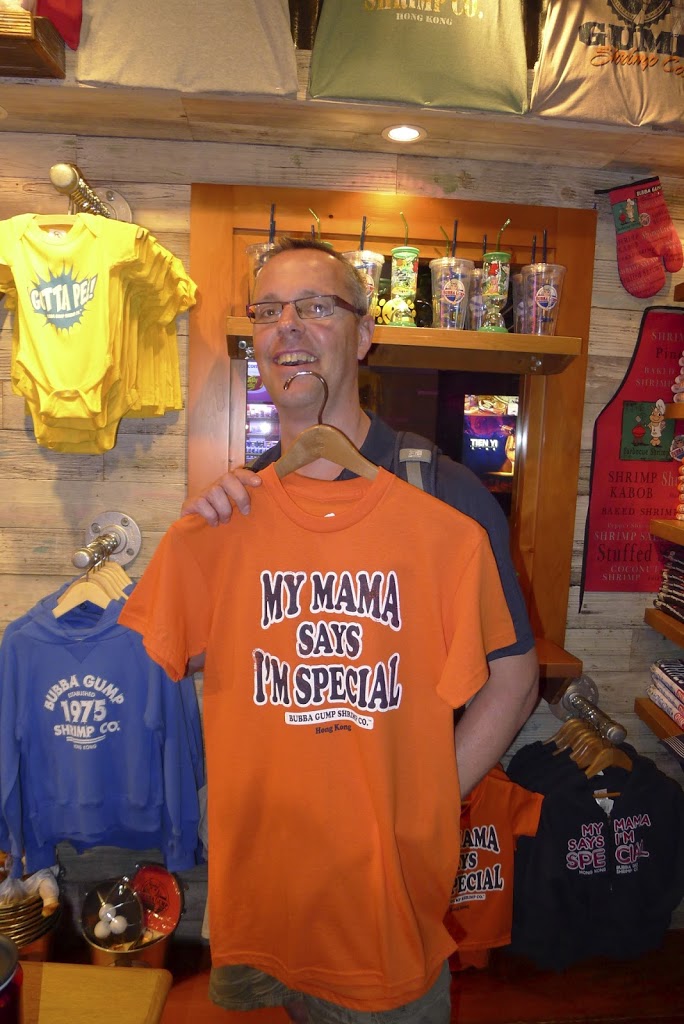 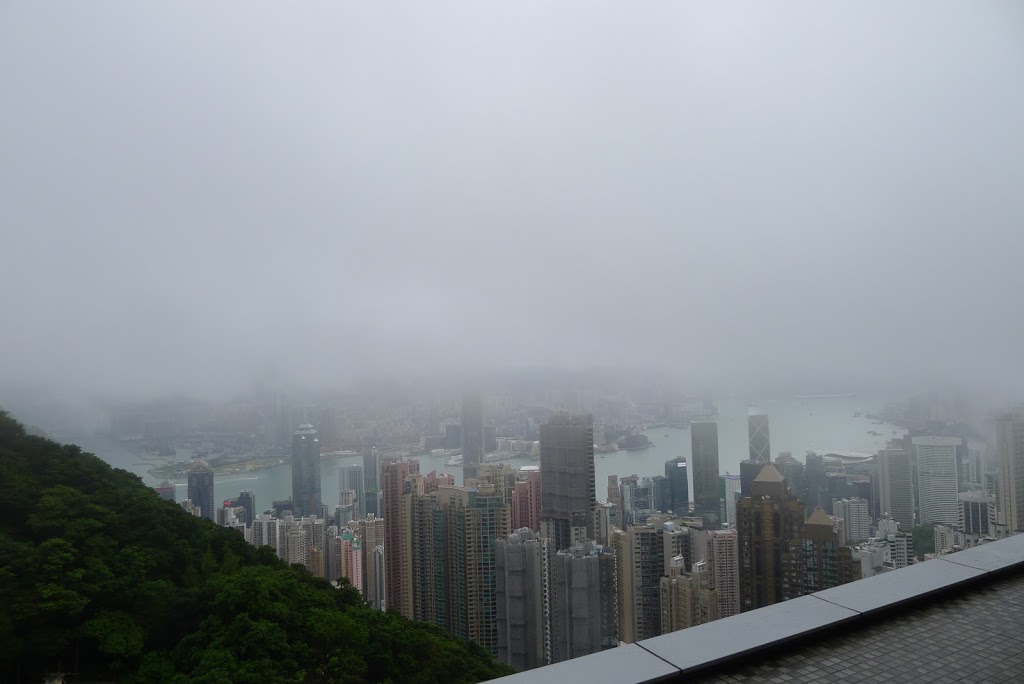 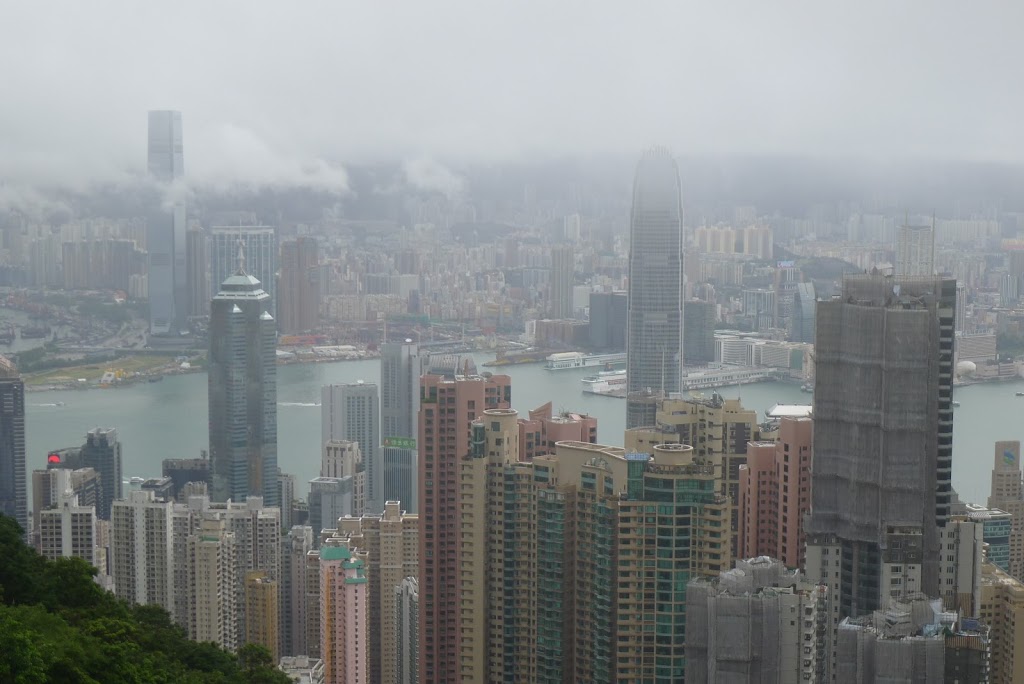 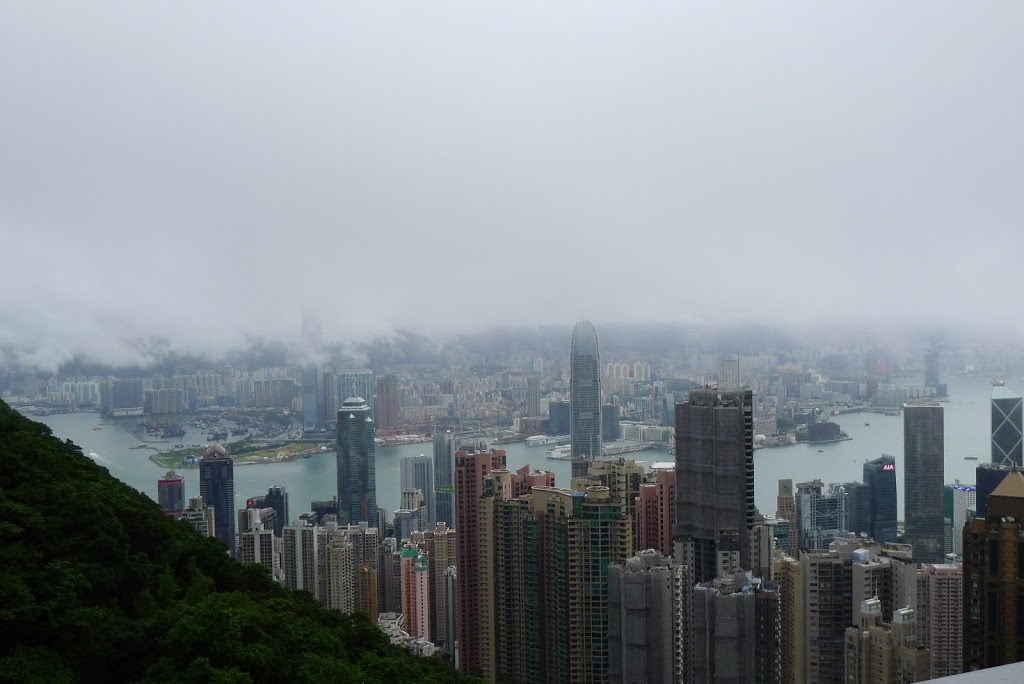 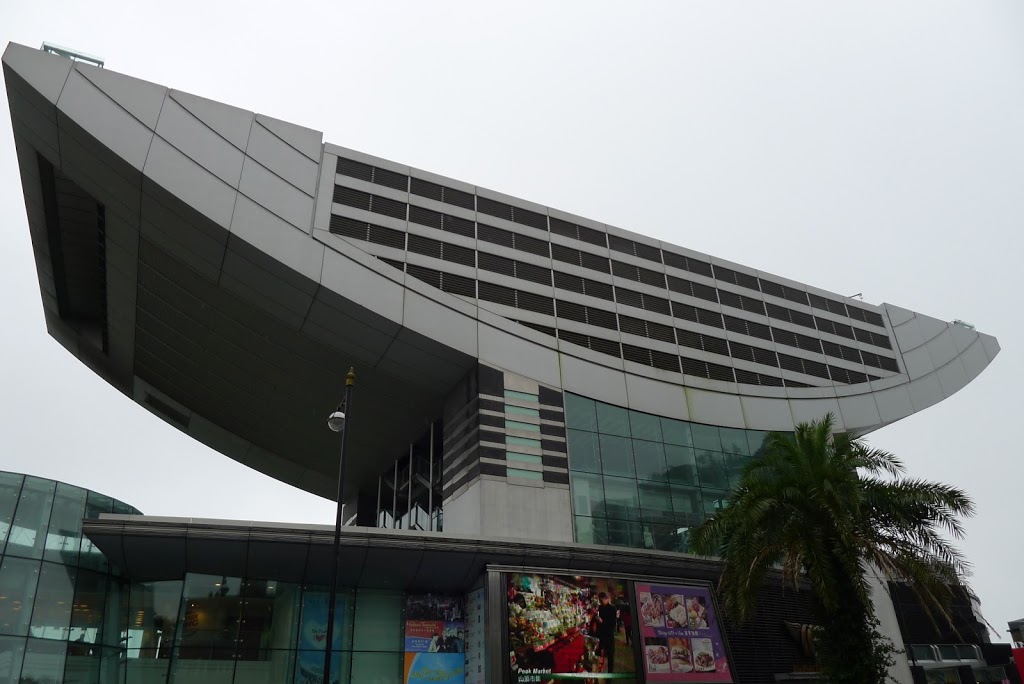 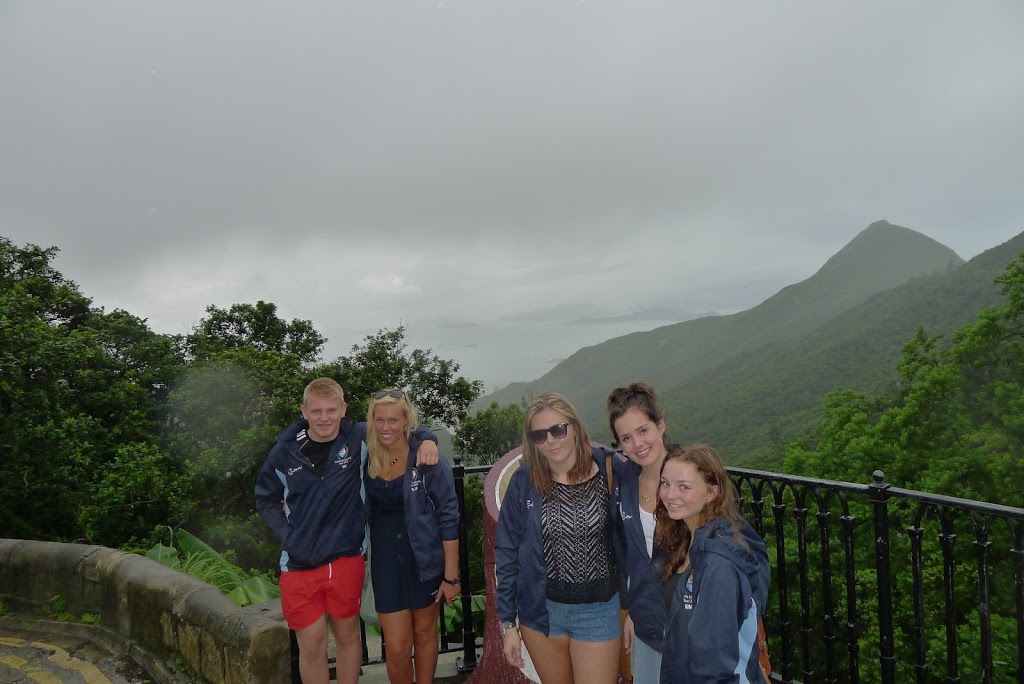 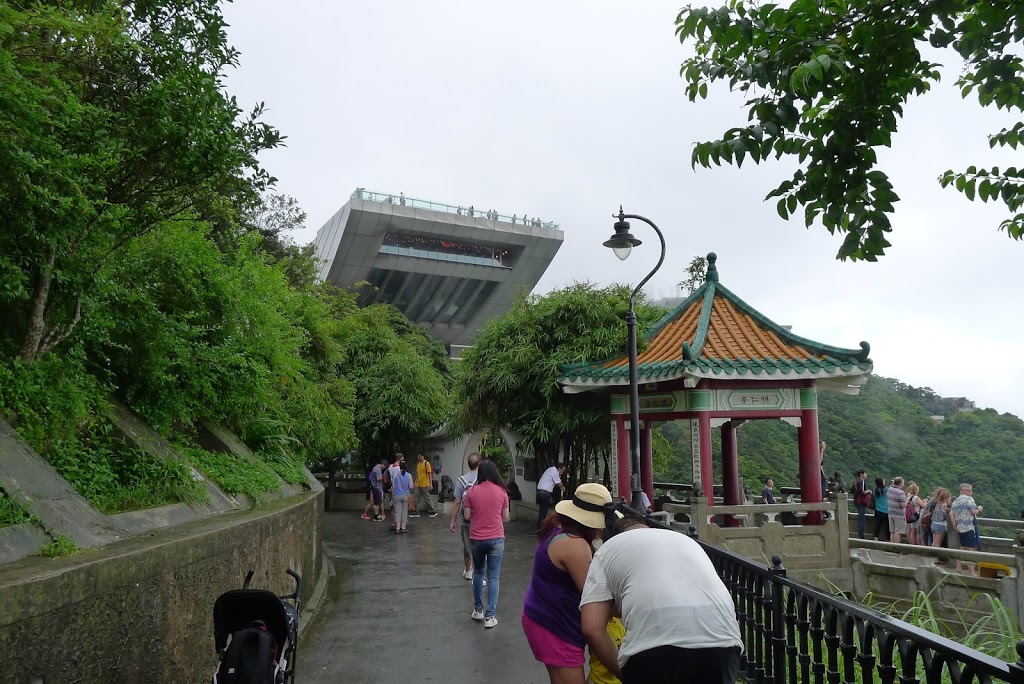 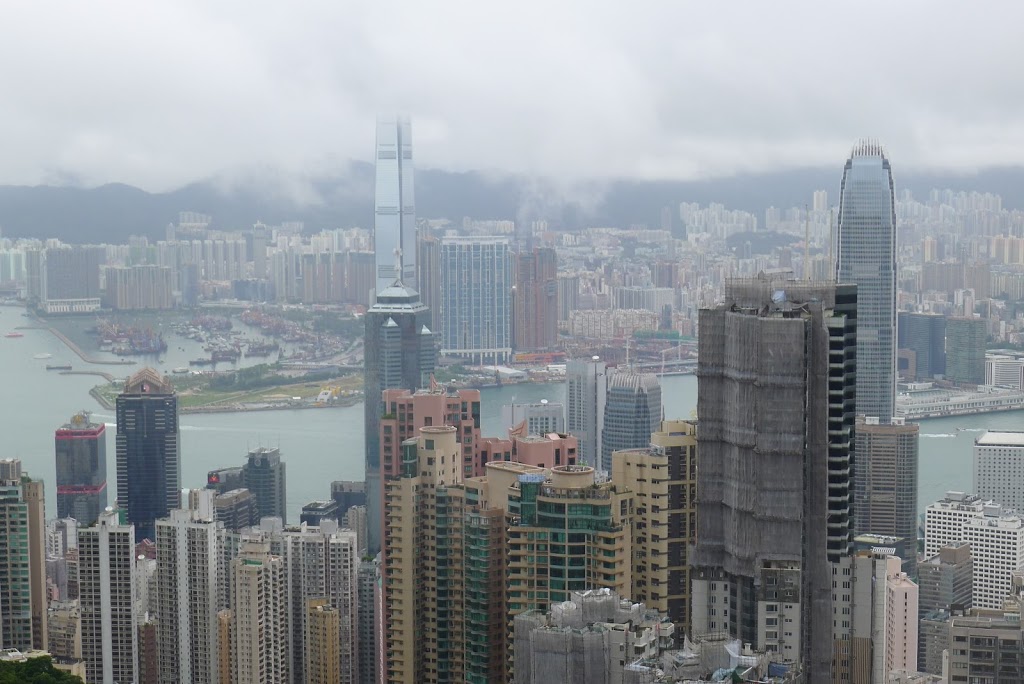 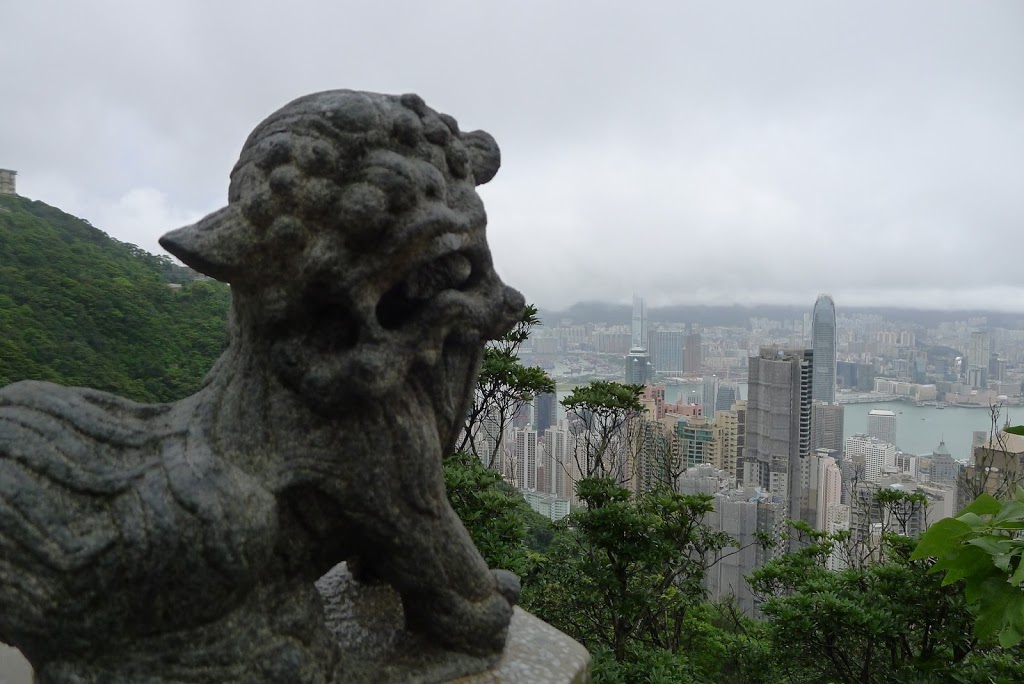 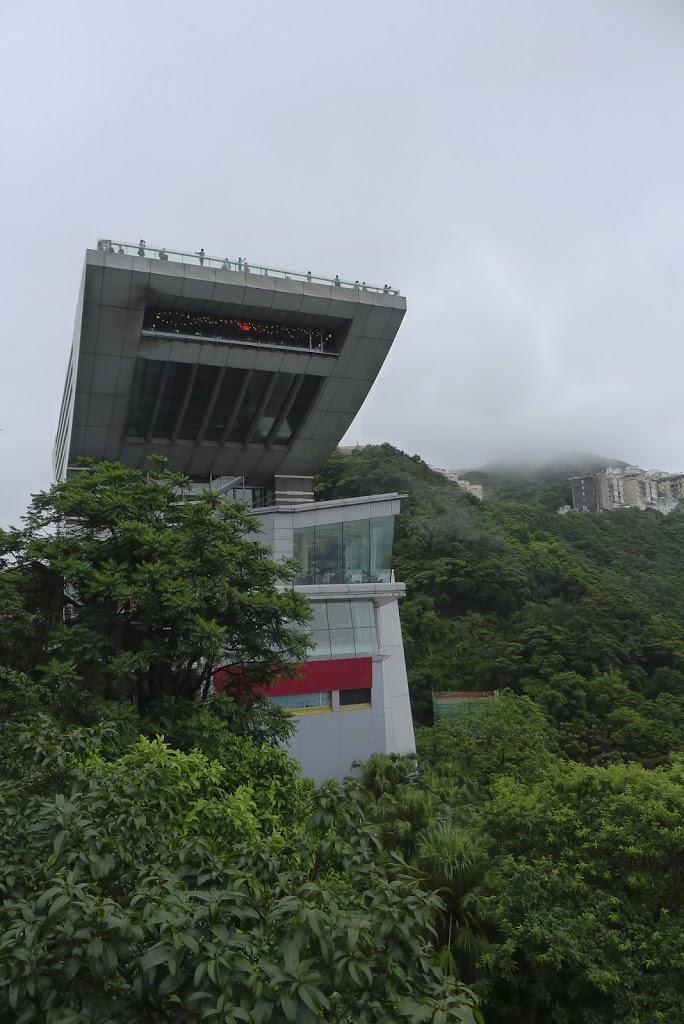 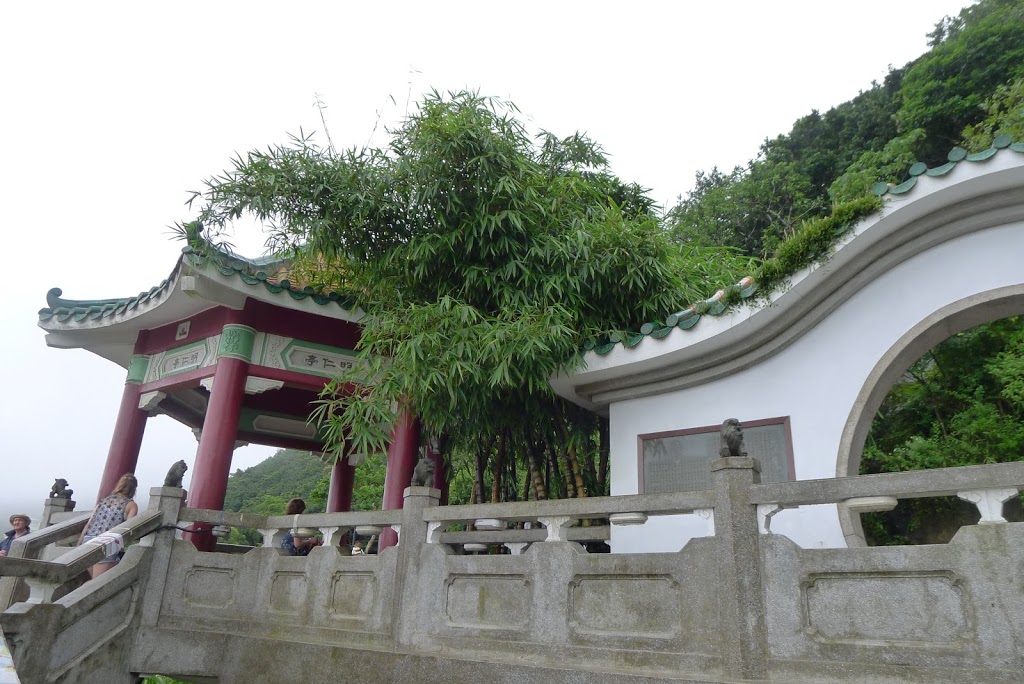