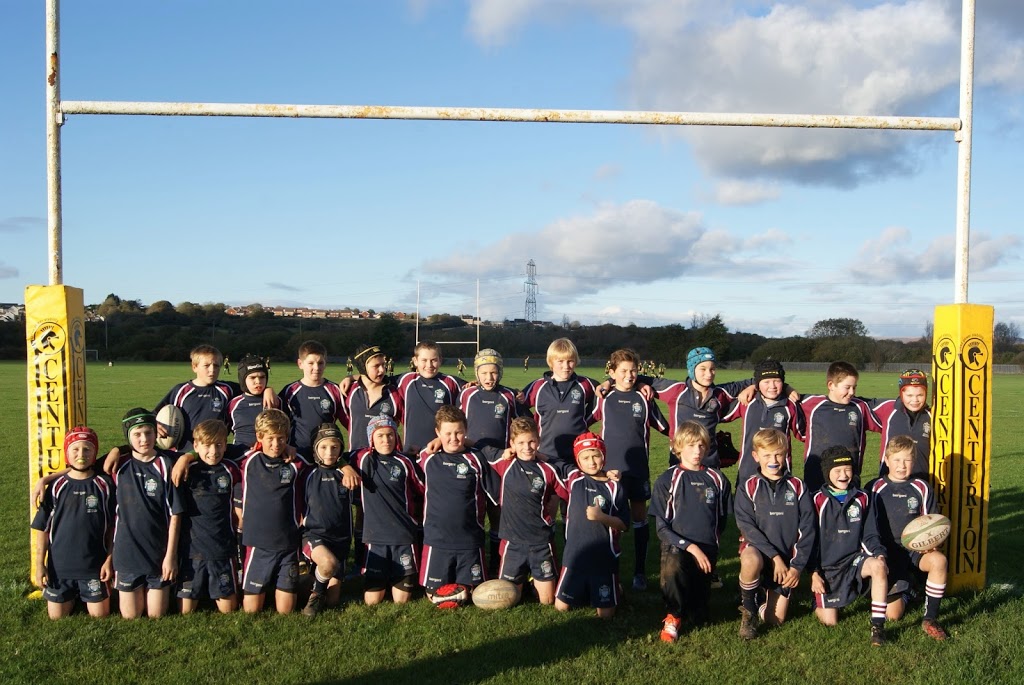 Gowerton hosted Llangatwg and in an extremely competitive game in which the two teams shared six tries. Gowerton’s win was only clinched with a try by centre Keiron Bevan five minutes from time.

Despite the heavy overnight rain, conditions underfoot were perfect and both teams attempted to keep the ball in hand at every opportunity. For the visitors, flanker Luke Weaver was dominant at the breakdown and ran powerfully in the loose and both scrum half Liam Griffiths and centre Oliver Fish were dangerous in possession.

But it was Gowerton who started strongly and a brace of tries by centre and man of the match Ethan Lee, both converted by full back Sam Cartwright gave the hosts a 14 point advantage by the 10th minute. 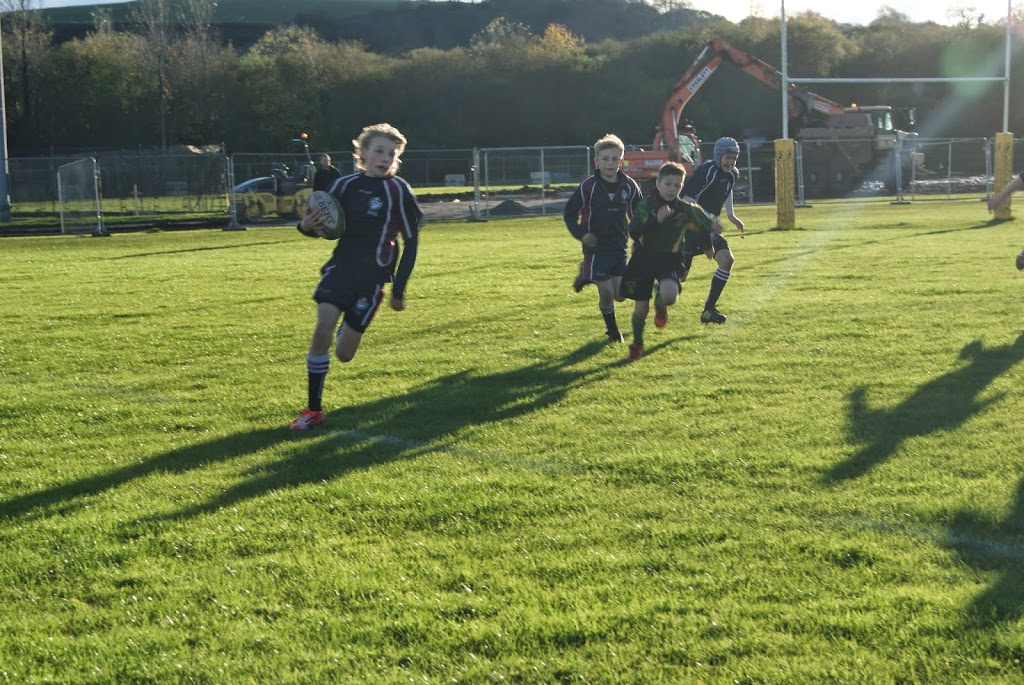 Ethan Lee sets off to score the first try.

The first score came when fly half Gavin Williams moved the ball wide inside his own 22 and freed centre Lee who showed great pace to out strip the cover from 70 metres. Lee added a second score when prop Peter Legg-Davies secured possession on half way. Strong running No.8 Jay Jones drove into the heart of the visitors’ defence and when the ball was moved wide, Lee again sprinted clear from 40 metres.

The rest of the half was evenly contested and Gowerton only retained their lead thanks to a great cover tackle by full back Cartwright that denied the visitors a try on the stroke of half time. However, that respite was short lived as the visitors started the second half in determined fashion and flanker Weaver scored two tries in the first five minutes of the half. The first came when he turned over possession on the 22 and sprinted clear. The second followed a powerful run along the touchline that saw him beat several would be tacklers.

Llangatwg were now very much on the front foot and took the lead in the 35th minute when scrum half Scott Trollope burst over from a close up scrum. Centre Dafydd Griffiths converted. The hosts’ resolve was now severely tested and they came through with flying colours. Flanker Luke Penhalagan won possession on the visitors’ 22. The ball was moved to centre Bevan who showed great determination to avoid the last tackler and ground the ball for a try he converted himself.

After impressive wins over Olchfa and Bishopston, Gowerton maintained their undefeated start to the season when they gained victory at Llangatwg.

Gowerton kicked off and put Llangatwg under pressure from the off. They took the in the 4th minute when outside half Charlie Smith ran around the blind side of a scrum and scored in the corner. He added the touchline conversion. Gowerton added a second try when lock John Edwards received a pass on the half way line, powered through 3 would be tacklers and scored a try again converted by fly half Smith.

For Gowerton, forwards; hooker Rhys Flower and prop Ethan Hall were both impressive in the loose. Whilst behind the scrum, full back Olly Bruce and scrum half Elliot Slocombe both probed intelligently. But it was fly half Smith whose general match control earned him the man of the match award.

The hosts started the second half on the front foot but were rocked when wing Alex Jones intercepted a pass to score a try that fly half Joel Matuschke converted. In the 35th minute the hosts were penalised at a scrum. Scrum half Jac Simons tapped it quickly, fed Matuschke who gained good ground out wide before passing to centre Matthew Newcombe who scored. Llangatwg attacked again and were 5m from Gowerton’s line, but a turnover by flanker Jacob Rees allowed him to free centre Newcombe who attacked from his own 22, he passed to centre Ben Petherbridge who sprinted from half way to score under the posts. Matuschke added the extras. Llangatwg were tiring, and Gowerton still wanted to play a quick game, and another tap penalty by scrum half Simons allowed flanker Rees to score. Simons kicked the conversion to complete the scoring.

Llangatwg gained a convincing 48-5 win in the year 9 game. Gowerton had most of the play in the first 20 minutes, lock Lewis Grove was outstanding with some strong running and excellent work in defence. However, the hosts realised that winning quick ball at the breakdown allowed their backs more space and freed up the outside backs where they possessed a lot of pace. Llangatwg scored three first half tries all of which were started from deep inside their own half.

Gowerton responded with wings Elliot Henson and Callum Hughes both running well and beating several defenders and they were rewarded with a try for prop Nick Gabriel on the stroke of half time.

In the second half, Gowerton’s lock Will Griffiths worked hard in defence and made several important tackles and hooker Danny Thomas was strong at set piece. However, Llangatwg varied their play cleverly and they were able to create further chances. Tries were scored by wing Elliott Pavett who crossed for 5, centre Jack Keenan (2) and No. 8 Bradley Roderick. Outside half Lewis Ridge kicked 4 conversions.