After winning all three of their games in the Ospreys festival at Bryntawe, Gowerton’s year 8 rugby team travelled to Christ College, Brecon in confident mood.

Their confidence was not misplaced and they returned home undefeated with three victories and a draw from their 4 matches of 7-a-side rugby. 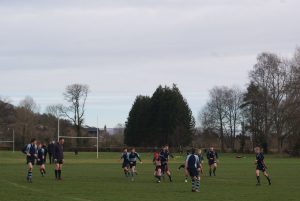 Marley Bushell was strong at the breakdown.

The hosts found their feet quickly and opened the scoring. However, Gowerton quickly adjusted to what was to them a relatively new format. With Marley Bushell strong at the breakdown and captain Jake Riordan ‘pulling the strings’ behind, they raced clear scoring five tries with Charlie Owen (2), Andrew Clifford, Cian Jenkins and Riordan all crossing.

The other team in Gowerton’s group was Lucton School from Herefordshire. Gowerton had to work hard in the early stages and Joe Richards was tireless in his efforts defensively. They took the lead when Andrew Clifford shrugged off two tacklers on half way and burst clear to dot down. Joe Brito who had an impressive tournament both defensively and with ball in hand grabbed a second score. This put Gowerton on top and Jack Meredith (2), Charlie Owen and Jake Riordan added further tries. Riordan’s score was the best of the game and resulted from a lung bursting 70 metre run from Joe Richards that took him almost to the tryline, but when he was tackled 5 metres short Riordan was on hand to claim the score. 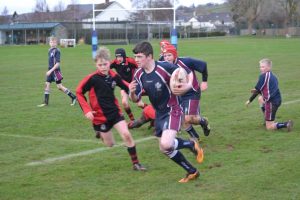 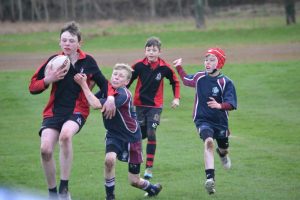 The next game was the reverse fixture against the hosts and Christ College again opened the scoring. Gowerton again replied strongly with Sol Richardson and Cai Rees both impressing with ball in hand. Andrew Clifford power again saw him break clear just inside his own half, his pace took him clear allowing him to equalise. Then great work by Cian Jenkins saw him take the ball deep into Christ College’s territory, Jake Riordan was on hand and his elusive footwork allowed him to beat two defenders before he powered over to give his side the lead. 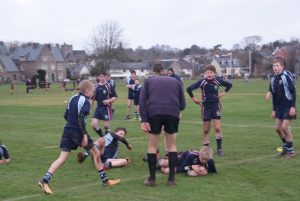 The hosts refused to buckle and were rewarded with an equalising score. Gowerton pressed for a winner and it almost arrived when Sol Richardson was only denied by a last ditch tackle that saw him tackled into touch in goal and at full time the match ended honours even. 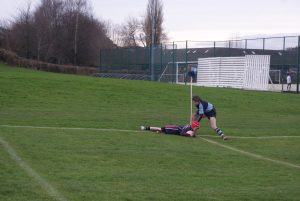 Sol Richardson was denied by a great tackle.

Gowerton’s final game was the return fixture against Lucton. Gowerton were determined to finish on a positive note and with Logan Miller and Jamie Terry prominent they again came out on top against their plucky opponents. 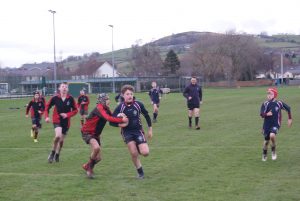 Gowerton’s handling and game awareness improved significantly as the tournament progressed and culminated in their final performance where all of their scores came as a result of impressive team work and Charlie Owen (2), Terry (2), Cai Rees and Joe Brito all crossed.

Joe Brito’s strong all round performance saw him awarded with Gowerton’s player of the festival. 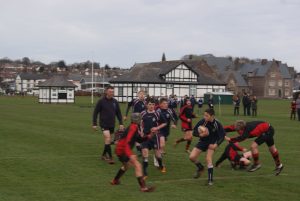 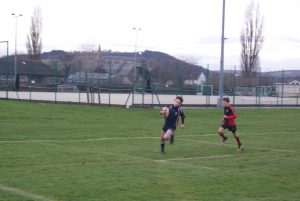 Player of the tournament: Joe Brito

Gowerton’s tear 7 team also travelled to the festival, but found things much tougher. Both Monmouth School and Bishops of Hereford did the double against Gowerton. Gowerton lost their first game to Lucton, but saved their best until last. In their final game they were leading 10-5 as full time approached and were only denied victory by a try in the final minute that secured Lucton a draw.

For Gowerton, prop Ffion Cort competed strongly throughout, Will Price handled well and Jake Brophy made a number of important tackles. Gowerton’s player of the tournament was Sam John who tackled strongly and ran elusively scoring all of his team’s tries.