Gowerton entertained Bryntawe year 8 at Gowerton RFC and in a game that each side dominated for long spells it was the hosts who eventually came out on top 38-26. 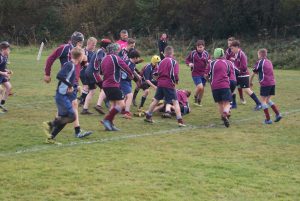 The hosts got off to a flying start scoring three unanswered tries inside the first seven minutes. After kicking off Gowerton re-gathered the ball and with Lewis Flower, Billy Mansell, Vikran Sanghera and Robin Williams on top in the forward exchanges they recycled the ball through several phases before powerful flanker Caradog Kaniewski scored. 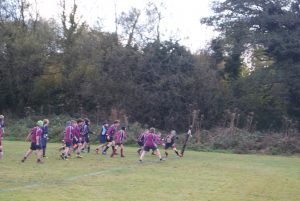 Two minutes later, strong running by centre Joe Hawkins-Cole freed speedy flanker Ben Cort who crossed for the second score. In the sixth minute, they confirmed their early dominance when a series of pick and drives from the forwards resulted in prop Alfie Woodcock scoring. Fly half Paul Packham added the extras to all three scores and Gowerton held a comfortable 21 point advantage. 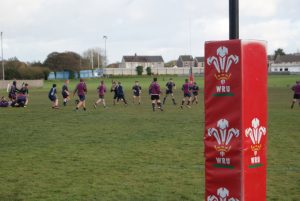 Gowerton stretched the lead in the 14th minute when strong running wing Will Thomas made ground on the flank and livewire flanker Kaniewski was again on hand to gather and cross in the corner and at the break the hosts held a twenty six point advantage. 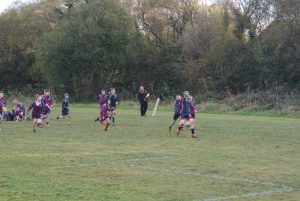 Caradog Kaniewski on the charge.

In the second half, flankers Cort and Kaniewski switched sides to balance the game, that boosted the confidence of the visitors to such an extent that they now took control and with a regular supply of possession their backs displayed impressive handling skills with centres Kieran Hartnell and Ellis Fish, full back Liam Hackett and fly half Corey Hurford all looking elusive when in possession. They crossed for four scores and with fly half Hurford converting three, the match was level with just under 10 minutes left to play.

The hosts responded positively, with wing Thomas, fly half Packham and lock and man of the match Zac Cook all to the fore wing Taylor John crossed twice in the corner. Fly half Packham added the extras to one and at the final whistle it was the hosts who had completed a deserved win.

The two schools also played a year 7 fixture at the Elba and the visitors were on top throughout to gain a comfortable victory. 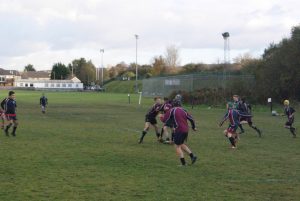